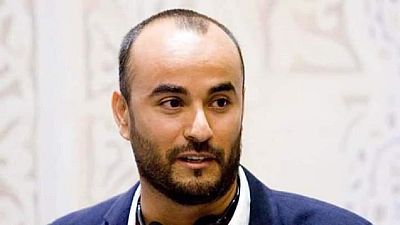 A freelance photographer who had contributed to the Associated Press among other news organizations was killed in clashes between rival militias in the Libyan capital Tripoli, a government official and relatives said.

#Libya-n journalists continue to pay the ultimate price for merely doing the necessary work of journalism. Mohamed Ben Khalifa, a photographer and video journalist, was killed yesterday in #Tripoli’s Qasr bin Ghashir after being hit by shrapnel. pic.twitter.com/iIfQ4R6ipP

Ben Khalifa was killed on Saturday near Libya’s capital, Tripoli, which has seen a flare-up of violence between rival militias since Wednesday. AFP reported, citing security sources, that the photographer came under shelling which targeted the positions of the group he was embedded with.

Ben Khalifa is survived by his wife and five-month-old baby daughter.

Condolences have been pouring in to the family of the 35-year-old from the journalist community in Libya, where he was known as one of the leading photographers, and beyond.

During his three years with Ruptly, Ben Khalifa produced 30 stories, covering clashes from the frontlines of the Libyan unrest as well as the plight of migrants venturing on the perilous journey to cross the Mediterranean to reach Europe and escape turmoil at home.

Ben Khalifa is the 14th journalist or media worker killed since the onset of the Libyan unrest and subsequent Western intervention in 2011. Most of them were killed in crossfire, according to data from the Committee to Protect Journalists.

This week’s spate of violence has already claimed the lives of 13 people, injuring a further 52, according to the latest figures from the Libyan Health Ministry. Women and children were among the victims.

The tense situation around the Libyan capital spiraled into outright violence on Wednesday morning, when militias from the Seventh Brigade from the eastern town of Tarhouna launched an assault on forces loyal to the government south of Tripoli. Witnesses reported loud sounds of gunfire and blasts that swept through the area, forcing many of the residents to flee.

The escalation has dealt a blow to the shaky truce brokered by the UN in September. Skirmishes that broke out after the Seventh Brigade closed in on the city in August left 117 people dead and more than 500 injured.

Mohamed Ben Khalifa, a freelance photographer who works for the AP, was killed by a random shelling in clashes between rival militias in #Libya's ?? capital #Tripoli

Libya continues to be torn between various militant factions since the toppling and murder of Muammar Gaddafi in civil unrest fueled by a NATO-led military intervention. The fighting left Libya in shambles, sparking mass migration into Europe and allowing human traffickers to flourish in the war-ravaged country.

The UN-backed Government of National Accord in the country’s west struggles to assert control, even over allied militias in Tripoli, while the east of the country is controlled by the Libyan National Army (LNA) under strongman Khalifa Haftar. Recently, forces loyal to the general moved to reclaim oil and gas production sites from the extremists in the south of the country, expanding their influence.

Really tragic news out of #Libya. Freelance Journalist Mohamed Ben Khalifa who worked for AP amongst others was killed during clashes in Libyan capital #Tripoli! ? https://t.co/mNpCcRBGXm