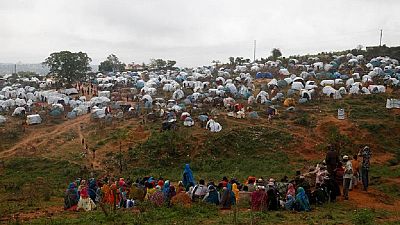 Ethiopian lawmakers on Thursday voted overwhelmingly to promulgate a law that allows for better inclusion of refugees in the country – the Refugee Proclamation.

The House of Peoples Representatives passed the law after it had been passed by the Council of Ministers having incorporated detailed comments.

It is one of key laws that the Attorney General’s office has been ‘dismantling’ in order to reset them to fall in line with the reform ideas of Prime Minister Abiy Ahmed.

“The revised refugee will cater to the implementation of Ethiopia’s pledges and comprehensive refugee response framework (CRRF) commitments in the country,” state-affiliated FBC reported.

Ethiopia – Africa’s second most populous nation behind Nigeria – is one of Africa’s biggest host of refugees from across the region. The country plays host to refugees predominantly from Eritrea and South Sudan.

The country’s investment commission chief and former spokesperson to the the PM, Fitsum Arega, said a law passed by parliament under the “Jobs Compact” will also benefit refugees in the country.

“As part of “Jobs Compact” Ethiopian Parliament today passed a law that allows refugees to work legally. The program packages USD half a billion that aims to creat 100,000 Jobs (30% for refugees residing in the country).This helps refugees & supports #Ethiopia’s industrialization,” he said in a Twitter post.

He also disclosed that funding for the project was going to come from the DFID, Ethiopia Investment Board and the World Bank. Assuring further that it was not going to take jobs away from nationals.