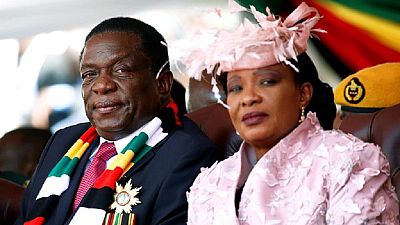 The Russian leader made the remarks as he welcomed the visiting Zimbabwean president and his entourage at the Kremlin on Tuesday.

In his words: Most recently, you won a landslide election victory. The people of your country are expecting effective performance, that goes without saying.

The records from the elections as delivered by the Zimbabwe Electoral Commission, ZEC, chairperson, Priscilla Chigumba and later affirmed by the Constitutional Court do not support the claims Putin put in.

A landslide victory means an overwhelming electoral triumph which is far from how Mnangagwa secured his first term fater taking over from Mugabe following a November 2017 military-backed takeover.

With 50.8% of votes – Mnangagwa actually escaped a run-off vote with his main challenger, Nelson Chamisa – who according to ZEC polled 44.3% of votes.

I am pleased to see you here in Moscow.

This is your first visit to our country. Zimbabwe is an important partner to Russia in Africa. We are very pleased to see you.

Most recently, you won a landslide election victory. The people of your country are expecting effective performance, that goes without saying.

For our part, we are ready to do our best to make sure that cooperation between our countries is beneficial for our nations and that it makes a significant and weighty contribution to implementing the plans and programmes that you have formulated for yourself and to achieving the goals that you have set for your country.