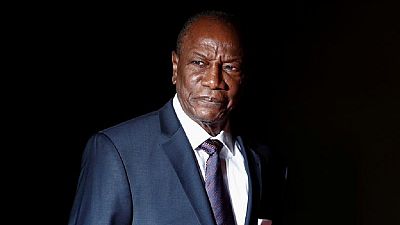 Russia’s ambassador to Guinea Alexander Bregadze on Wednesday suggested the constitution be changed to let President Alpha Conde stay in power, earning the wrath of opposition parties and civil society groups in the country.

In a speech that he made as dean of the diplomatic corps in Conakry, Bregadze heaped praise on the 80-year-old head of state, whose second and final five-year term expires next year.

“You don’t change horses in mid-stream,” he said, according to the text of the speech released by Conde’s office.

Constitutions aren't dogmas, Bibles, Korans. They should adapt to reality, not the other way round.

Conde was in attendance at the events organised to mark the New Year.

Bregadze suggested modifying the “principle of change,” a reference to the term limits enshrined in the West African state’s 2010 constitution.

“Unfortunately, the ‘principle of change’ which dominates many constitutions in the world (but not all, fortunately) enforces a mentality of revenge,” the text said.

“Why should there be [change] if, overall, everything is fine and the outlook is good?” he asked.

“Constitutions aren’t dogmas, Bibles, Korans,” Bregadze argued. They should “adapt to reality, not the other way round.”

Conde, a long-time adversary of authoritarian ruler Lansana Conte, succeeded in 2010 in becoming the first freely-elected president in Guinea’s history. He was re-elected in 2015.

But he has been criticised for the use of deadly force to crush protests and repeatedly questioned the relevance of presidential term limits in Africa.

The main opposition party, the Union of Democratic Forces of Guinea (UFDG), on Thursday called on the ambassadors of Britain, France and the United States and other countries to “disassociate themselves” from Bregadze’s remarks.

“The Russian ambassador should be aware that it is not the role of an ambassador’s to meddle in the internal problems of an independent country,” the party’s vice president, Fode Oussou Fofana, said.

He said he suspected Bregadze would never have made the remarks without first getting Conde’s approval.

Sekou Koundouno, head of a campaign group called Balai Citoyen (“Citizens’ Broom”) which is lobbying against giving Conde a third presidential term, said the speech was “incoherent, illogical, inappropriate and against the constitution.” 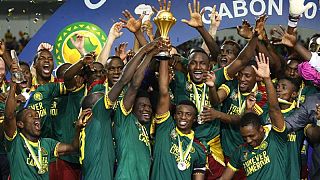 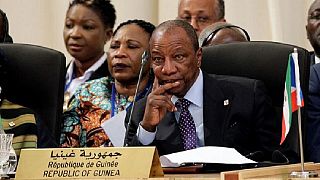 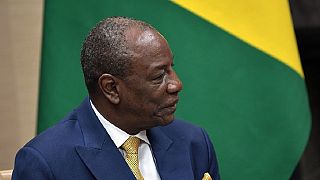