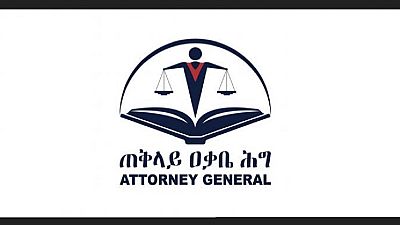 <p>Ethiopian authorities have made a move in respect of a former intelligence chief widely reported to have superintended over systemic rights abuse during his tenure.</p> <p>Getachew Assefa was fired by Prime Minister Abiy Ahmed in 2018 as part of a housecleaning of regime officials mentioned in cases of rights abuse.</p> <p>The <span class="caps">BBC</span> Amharic service quoted the Attorney General as telling parliament on Tuesday that the Tigray regional state was shielding Assefa from arrest.</p> <p>The accused is currently a high ranking member of the Tigray Peoples Liberation Front – a bloc in the four party ruling coalition, the Ethiopia People’s Revolutionary Democratic Front, <span class="caps">EPRDF</span>.</p> <p>Tigrayans held most influential roles in the security and economic sectors of government prior to the coming into office of Abiy. They have accused Abiy of ethnic cleansing and targeting of Tigrayans in an anti-corruption and human rights crackdown.</p> <p>The crackdown in late 2018 led to the arrest of former generals linked to corrupt deals within the the military’s business conglomerate, Metec. </p> <p>Dozens of former intelligence officials are also in court over their roles in recorded cases of human rights abuse especially in prison facilities. Abiy has repeatedly promised to punish all erring officials.</p> <p>U.S. Congressman wants Assefa sanctioned</p> <p>Las yeat, Mike Coffman, a United States Congressman started the process of seeking sanctions to be slapped on Assefa.</p> <p>An <a href=" https://coffman.house.gov/uploadedfiles/coffman_ethiopia_magnitsky_act.pdf" target="_blank"> October 22 letter </a> addressed to Secretary of State, Mike Pompeo and Secretary of the Treasury, Steven T. Mnuchin, described Assefa as a criminal and ruthless human rights violator, who needed to be sanctioned along with all persons who aided him during his reign of terror.</p> <p>The Congressman said his demand for the Magnitsky Act to be imposed on Assefa was also to curtail his actions and abilities despite being out of his position.</p> <p>“…it is entirely possible that Assefa remains in Ethiopia, specifically in the Tigray region and he was recently appointed to a leadership position within the <span class="caps">TPLF</span>, where he will have the opportunity to inflict harm on his own people.</p> <p>“Due to the countless human rights violations that he is reported to have committed and due to his current path of avoiding any accounting for them in an Ethiopian court of law, I urge you to consider the imposition of Global Magnitsky sanctions against Assefa.</p> <p>“I also ask you to consider additional measures against those colleagues who acted as his enablers and who also appear to have committed egregious crimes,” the correspondence said in part.</p> <p>The Magnitsky Act will allow for the U.S. president to impose visa and asset sanctions on a person of interest. According to Coffman, it will be a strong step in America’s stance against corruption and rights violations.</p>