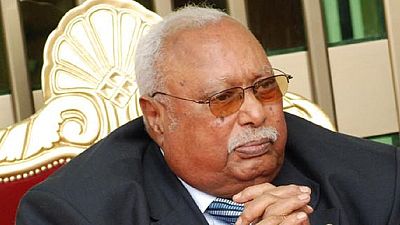 Girma was president of Ethiopia for twelve years between 2001 to 2013, a largely ceremonial role.

His death was reported by the Ethiopia Broadcasting Corporation (EBC) and other state media.

The cause of death was not given.

Girma was a fluent speaker in Ethiopia’s working language Amharic, his native language Afan Oromo as well as English and French.

In recent years Girma had been active in efforts to foster reconciliation between former foes Ethiopia and Eritrea who declared an end to two decades of hostility in July.

In a political career that spanned more than five decades, the man fondly known as Lieutenant Girma has been fortunate enough to live through and witness many momentous and significant period of the nation.

He would assume the position of director-general of Ethiopia’s ministry of trade and industry for two years and later elected as member of chamber of deputies of the imperial Ethiopian Parliament.

After the collapse of the imperial government and amid a nationalist revolt by the Eritreans, he became a member of a peace commission created by the military government to address Eritrean land and sovereignty disputes.

He crowned his long time career by taking up the largely ceremonial post of president, while the late premier Meles Zenawi exercised the real power whom Girma described as “very intelligent, who shifted his personality as gallant warrior to a seasoned statesman quickly.”

Girma was 77 when he became President in 2001. His open manner and common touch and advocacy for environmental conservation made him one of the country’s beloved politicians.

He formed an environmental protection association Lem Ethiopia in 1991, which he led until his retirement years. He also carried out his duties with ease, and a touch that contrasted sharply with the stilted manner of many Ethiopian politicians.

Thank you for your service and may your soul rest in peace! #Ethiopia #GirmaWoldegiorgis pic.twitter.com/7FYSoBXeEu