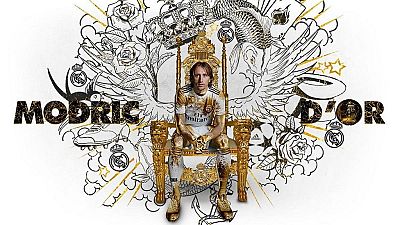 <p><strong>Croatian midfielder Luka Modric capped a ‘golden’ year, winning the Ballon d’Or award on Monday in Monaco, France.</strong></p> <p>Modric has arguably had the best year of his career, at least as far as accolades are concerned;</p> <p>Modric won the <span class="caps">UEFA</span> Champions League with Real Madrid in May, took the Golden Ball at the World Cup in July and was named Europe’s best player of the year by <span class="caps">UEFA</span> in August.</p> <p>The 33-year-old Croatian also won the <span class="caps">FIFA</span> award that recognises the world’s best player, before taking home the prestigious Ballon d’Or award, which had in the past 10 years been shared by Portugal’s Cristiano Ronaldo and Argentina’s Lionel Messi.</p> <p>In this article, we look back at the defining moments of 2018 that defined Modric’s rise to the position of world’s best football year.</p> <h2 style="font-size:16px;">May: Modric wins third straight Champions League</h2> <p>In May this year, Spanish club side, Real Madrid defeated Liverpool to win a third consecutive Champions League title.</p> <p>The unmatched feat etched the club and the players who had dominated Europe for three years in the pages of history. Real Madrid is Europe’s most successful club with 13 titles.</p> <p>Modric, was an integral part of the team that won the Champions League for Real Madrid in 2014, 2016, 2017 and 2018.</p> <h2 style="font-size:16px;">July: Modric wins Golden Ball at World Cup</h2> <p>Modric was named the tournament’s best player and given the Golden Ball as a reward for leading the Croatian team to the final of the World Cup for the first time.</p> <p>Modric beat Belgium’s Eden Hazard and France’s Antoine Griezmann to the top player accolade.</p> <p>Croatia won all group games, including a famous win over Messi’s Argentina, in which Modric scored a sensational goal. They then overcame Denmark, hosts Russia and England on the way to the final.</p> <p>While Croatia lost the final (2-4) to France, Modric had made such an impression for his emhatic workrate and the sheer will of the Croatian team to go all the way.</p> <a style="font-size:16px; font-color:yellow;" href="http://www.africanews.com/2018/07/11/croatia-s-golden-generation-has-delivered-coach-dalic/"target="_blank"><span class="caps">READ</span> <span class="caps">MORE</span>: Croatia’s ‘Golden Generation’ has delivered</a> <h2 style="font-size:16px;">August: Europe’s Best Player</h2> <p>In August, Modric beat off competition from Ronaldo and Egyptian forward Mohamed Salah, to win the <a href="https://www.uefa.com/uefachampionsleague/news/newsid=2567658.html"target="_blank"><span class="caps">UEFA</span> Men’s Player of the Year</a> for 2017/2018.</p> <p>He was also named the <span class="caps">UEFA</span> Champions League Midfielder of the Season.</p> <p>“Always available to receive the ball, he is incredibly important to how the champions want to play,” said the <span class="caps">UEFA</span> Technical Observers when selecting Modrić in the 2017/18 <span class="caps">UEFA</span> Champions League Squad of the Season.</p> <p>‘‘Though the 32-year-old is neither a prolific goalscorer nor an outright defensive shield, his dynamism and quality in possession set him apart.’‘</p> <h2 style="font-size:16px;">September: Modric is World’s Best – <span class="caps">FIFA</span></h2> <p>In September, Ronaldo, Salah and Modric were up against each other agin, this time for the <span class="caps">FIFA</span> award for the best footballer of the year.</p> <p><span class="caps">FIFA</span> highlighted Modric’s wins with Real Madrid including the Champions League, <span class="caps">UEFA</span> Super Cup, Spanish Cup and the <span class="caps">FIFA</span> Club World Cup, in addition to Russia’s ‘best player of the tournament’ performances.</p> <a style="font-size:16px; font-color:yellow;" href="http://www.africanews.com/2018/09/24/fifa-s-2018-best-awards-salah-wins-best-goal-award-video/"target="_blank"><span class="caps">READ</span> <span class="caps">MORE</span>: Modric beats Salah, Ronaldo to Best <span class="caps">FIFA</span> Men’s Player 2018</a> <h2 style="font-size:16px;">December: Modric is world’s best player – Ballon d’Or</h2> <p>On Monday this week, Modric crowned a fantastic 2018, breaking the duopoly of Ronaldo and Messi at the Ballon d’Or awards.</p> <p>The award, voted for by journalists and organized by French magazine France Football, has been dominated by Barcelona’s Messi and Ronaldo, who have won all ten awards (five apiece) since Brazillian Kaka won in 2007 while playing for AC Milan.</p> <p>“It’s a unique feeling. I’m happy proud and honored, I have a lot of emotions right now, it’s hard to describe in words,” said Modric, wearing a tuxedo as he collected the award.</p> <p>‘4The Ballon d’Or was more than a dream. I simply cannot believe it. For all my career, I have tried to work hard and have persistence. In the tough moments, you have to show your courage and I always said the best things do not come easy. To achieve all this, it has not been easy.’‘</p> <p>Modric got 753 points followed by Ronaldo on 476, Atletico Madrid’s Antoine Griezmann with 414 and Paris St-Germain’s Kylian Mbappe was fourth with 347, ahead of Messi on 280.</p> <a style="font-size:16px; font-color:yellow;" href="http://www.africanews.com/2018/12/04/women-s-football-norway-s-hegerberg-wins-inaugural-ballon-d-or-award/"target="_blank"><span class="caps">ALSO</span> <span class="caps">READ</span>: Norway’s Hegerberg wins inaugural Ballon d’Or award celebrating women’s football </a> <h2 style="font-size:16px;">Testimonies about Modric</h2> <p>Modric started his professional football career at Croatian side Dinamo Zagreb in 2001, before moving to England in 2008. He played for Tottenham Hotspur for four seasons before moving to Real Madrid in 2012. </p> <p>Over the years, he has earned the respect and trust of his peers. </p> <p>“He is a player who has a very different talent, he improves anyone who is around him. It shows when he is not on the field – Madrid are a different team without Luka,” said Croatia team-mate Ivan Rakitić.</p> <p>“Even if we leave trophies aside, the way he plays and the way he dominates for Real Madrid is impressive,” former Madrid and Croatia midfielder Robert Prosinečki.</p> <p>“It’s not easy to stop Modrić because he’s such a clever player – he can read the game so well and can play in many different areas,” former Madrid manager José Mourinho.</p> <style>.embed-container { position: relative; padding-bottom: 56.25%; height: 0; overflow: hidden; max-width: 100%; } .embed-container iframe, .embed-container object, .embed-container embed { position: absolute; top: 0; left: 0; width: 100%; height: 100%; }</style><div class='embed-container'><iframe src='https://www.youtube.com/embed/bBKlKnkgimY' frameborder='0' allowfullscreen></iframe></div>

It’s a unique feeling. I’m happy proud and honored, I have a lot of emotions right now, it’s hard to describe in words. 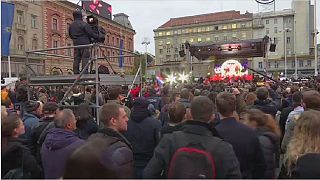