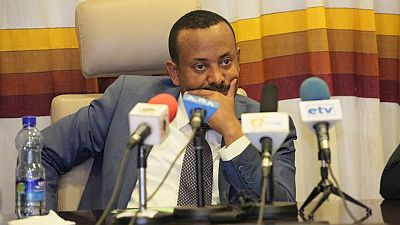 The ruling party in Ethiopia’s Oromia region, Oromo Democratic Party, ODP, has vowed to halt deadly incidents that continue to plague the state.

Oromia, the largest and most populous regional state, has been the scene of incidents that have led to deaths – of security officials and civilians – as well as massive displacements.

Leaders of ODP which is led by Prime Minister Abiy Ahmed, met in an emergency session in the capital Addis Ababa to consult on ways to arrest the current chaos.

A statement issued at the end of the meeting read in part: “‘the group’ behind these acts are working without rest to the turning the region into a bastion of chaos while deliberately orchestrating the killings on the Oromo people.

“This is a dream at the brink of death and we will hold those responsible accountable.” The statement stressed the the party was ready to defend the Oromo revolution – reference to the nationwide protests that led to a change in the federal structure in April this year.

There is insecurity in various parts of west Oromia; in Moyale located in southern Ethiopia; and Chinaksen and Babile areas in east Hararghe. A recent attack on regional police is also said to have claimed 17 of the officers.

Abiy is the first Oromo PM in recent years, albeit he leads the ODP, his deputy, Lemma Megerssa, is president of the region. Megerssa has in the past strongly denounced the violence in the region. The party has yet to outdoor a detailed plan to secure Oromia.