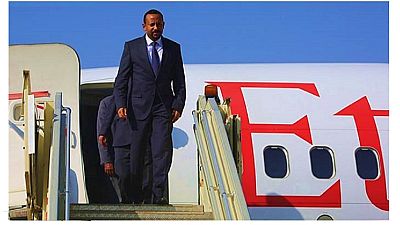 Ethiopia has overtaken Dubai as a conduit for long-haul passengers to Africa, highlighting the success of the state airline’s expansion drive and the reforms of its new prime minister.

Travel consultancy ForwardKeys said on Wednesday Addis Ababa airport had increased the number of international transfer passengers to sub-Saharan Africa for five years in a row, and in 2018 had surpassed Dubai, one of the world’s busiest airports, as the transfer hub for long-haul travel to the region.

Analysing data from travel booking systems that record 17 million flight bookings a day, ForwardKeys found the number of long-haul transfers to sub-Saharan Africa via Addis Ababa jumped by 85 percent from 2013 to 2017. Transfers via Dubai over the same period rose by 31 percent.

So far this year, Addis Ababa’s growth is 18 percent, versus 3 percent for Dubai. Dubai has long been a major global air travel hub because it is the base of Gulf carrier Emirates.

Given the lack of an “open skies” deal smoothing flights across Africa, many passengers travelling between one part of the continent and another, or from Asia or Europe to Africa, must often transit through Dubai.

But this is changing.

Ethiopian Airlines, the country’s most successful state company, is accelerating a 15-year strategy it launched in 2010 to win back market share on routes to and from Africa that are dominated by Turkish Airlines and Emirates.

It is also weaving a patchwork of new African routes to rapidly expanding and lucrative Asian markets.

ForwardKeys also attributed the recent jump in bookings via Addis Ababa in part to a positive international response to the broad reforms introduced by Ethiopian Prime Minister Abiy Ahmed, who came to power in April and has upended politics in the Horn of Africa country of around 105 million people.

It cited two changes in particular: a move to allow visitors to apply for visas online, and Abiy’s pledge to open Ethiopia’s largely state-controlled economy to foreign investment.

After Abiy made peace with Eritrea to end a two-decade state of war, Ethiopian resumed flights to its neighbour in July. This month, it relaunched flights to Somalia’s capital after four decades.

And the rise of travel via Addis Ababa looks set to continue. International bookings via Ethiopia are up 40 percent year-on-year for November to January 2019, ahead of all other destinations in Africa, ForwardKeys said.