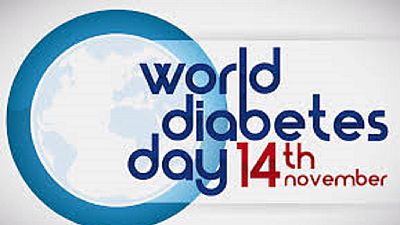 The two-year time frame was chosen to best align the World Diabetes campaign to the current IDF strategic plan and facility planning.

The IDF is expected with the two-years period to put in place an action plan campaign aimed at raising awareness of the impact that diabetes has on family and support network of those affected.

The purpose of the day is to raise awareness of the conditions that millions of people all over the world live with every day.

Simply put, diabetes is about the body’s ability to produce the required amount of a hormone called insulin to control glucose levels in the body system.

There are broadly two types of diabetes: Type 1 requires daily administration of artificial insulin by means of injection or insulin pump. Type 2 is more generally managed by a combination of dietary control and medication in the form of tablets.

It is believed that over 425 million people are currently living with diabetes. Most of these cases are caused by type 2 diabetes, which is largely preventable through regular physical activity, a healthy and balanced diet and the promotion of healthy living environments.

However, Families have a key role to play in addressing the modifiable risk factors for type 2 diabetes and must be provided with the education, resources and environments to live a healthy lifestyle.

The World Health Organization (WHO) also joins partners around the world to highlight the impact diabetes has on family and the role of family members in supporting prevention.

Established in 1991 by the International Diabetes Federation with support from WHO in response to growing concerns about the health and economic threat posed by diabetes, World Diabetes Day became an official UN day in 2006.

The World Diabetes Day 2018 campaign promotes universal health coverage for affordable and equitable access to diabetes management, including improving the knowledge and capacities of people with diabetes.

On Wednesday’s #WorldDiabetesDay, see how WHO works to improve access & quality care for diabetics: https://t.co/IG7z4xYdqB pic.twitter.com/3EdR70ISpk

The one day event also focus on families taking charge of their own care, to reduce economic hardship in households which have few strategies for coping with the economic burden of diabetes. 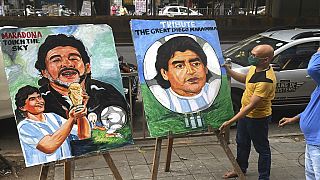