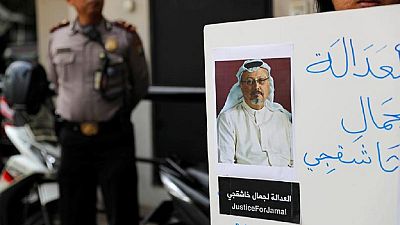 October 2018 can be tagged the Khashoggi month in western media reportage. The murder incident, the trickling truths and untruths, the denials and admissions, the reactions and demand for clarity.

On the side, the call for justice, the call for protection of journalists, the sustained heat on Saudi government and the continued search for the mortal remains of Jamal Ahmad Khashoggi.

Khashoggi, a Saudi citizen was technically “abducted” and killed by his own government on Saudi soil – at least according to diplomatic rules. The Saudi consulate in Istanbul “hosted” his death and Turkey has since thrown out diplomacy in search of the naked, bare truth.

So even as the world continues to belie Riyadh and demand more believable explanations each day, Africa is curiously and if you want worryingly all but mute on the affair.

Ok, it’s a loud silence punctuated by spasms of reactions – East, West, North and Southern Africa all represented directly or remotely. So which African countries have had Khashoggi related involvement this far?

Egypt were the first to weigh in, as expected they backed Saudi Arabia – of course not over the killing but over the measures being put in place to tell the truth over how Khashoggi died.

Then came in Somalia with the same stance. But unsurprisingly these two – brazen Saudi allies – were very much expected to tow that line as have the likes of United Arab Emirates, Bahrain and Jordan.

Pretoria has multi-million dollar arms deal with the gulf giant. What is clear is that, the relations and business deals will in no way be affected by the affair, local media have reported.

Karen Attiah, the Washington Post’s features editor, who worked directly with the slain journalist, wept when it emerged that her colleague had been murdered.

The 32-year-old Ghanaian – American writer has all but become an advocate seeking justice in the manner in which Khashoggi was killed. Her activism in that regard spikes each passing day.

“His first column for us blew up. It spiked in traffic. That’s when we realized we had a force on our hands.

“At the time, I didn’t know that was his coming-out piece: his first time speaking in English on a platform as big as The Post about being in exile, about why he felt he had to leave. We asked him to contribute more articles,” she told The New York Times about the Khashoggi effect just after his first contribution.

Over in Nigeria, there was what could safely be said to be the first Khashoggi protest in Africa. Late last week, journalists and civil society groups marched to demand justice in the murder.

The protesters went to the Saudi embassy in Abuja to protest the killing. The Nigerian government like others African nations continue to mind their business. 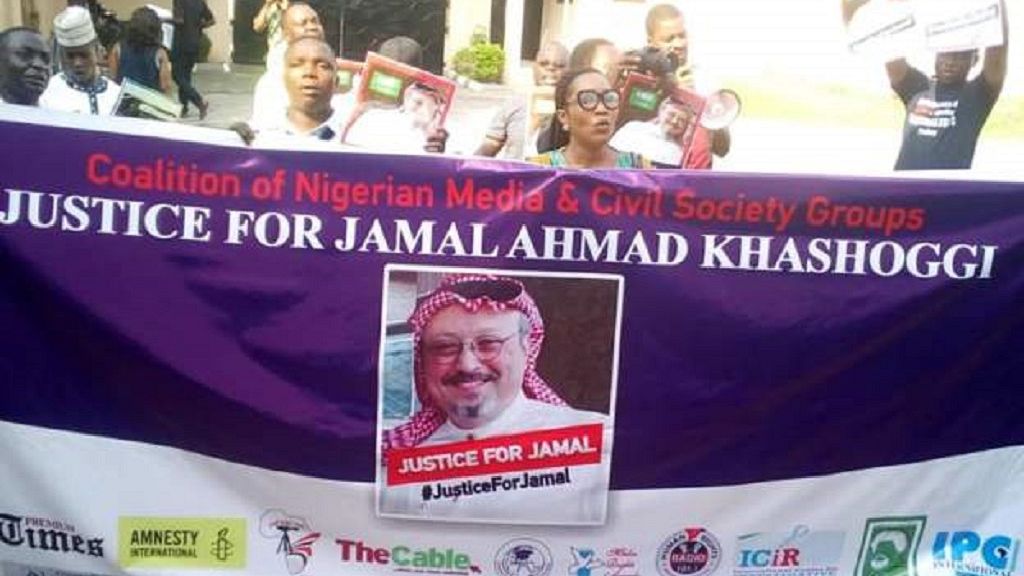 The Saudi Arabia government continues to buy time in the face of mounting pressure by its major partners to provide credible explanations for the death of Khashoggi.

The United States, Germany and United Kingdom have all asked Riyadh to come clean on the matter. Turkish president Recep Tayyip Erdogan has also called on Saudi to provide further and better particulars.

Saudi insists that it will deal with persons found complicit. The body of Khashoggi – whole of dismembered – is still being searched for.

Back to Africa, is it okay for governments to remain mute in times of such engulfing news coverage?

Well, some say most of these governments have similar issues back home and of course, there is nothing to lose being quiet – but likely something to lose if they ‘anger’ Riyadh.