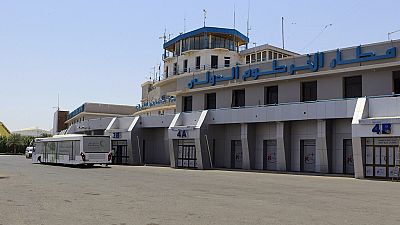 Abdel-Hafez Abdel-Rahim said the closure of the airport on Wednesday was precautionary in line with international regulations and the airport was expected to re-open soon.

Sudan Air Force AN 30 & AN 32, both crashed while landing at Khartoum airport ,the airport is closed now pic.twitter.com/xr6pB2Ct2i

Video footage posted on social media showed two planes moving along the runway, before one rams the tail of the other.