Congolese president, Denis Sassou Nguesso, his wife, son and a minister are embroiled in a bribery scandal following accusations from a former Gunvor employee who claims to have made payments via a presidential aide and Belgian firm Semlex to win oil contracts, according to a Swiss prosecution document.

The employee said he also paid other bribes on behalf of Gunvor, the Geneva-based commodities and energy trading firm, to a state oil official and presidential aides to secure Ivory Coast oil deals.

Pascal Collard, who was sentenced to an 18-month suspended prison term by a Swiss court on Aug. 28 for corruption related to these oil deals, made the accusations in a plea bargain that meant he avoided serving time in jail or paying a fine.

The document described the payments as bribes without giving a full breakdown of amounts made to each recipient.

Details of the accusations

Collard made payments worth more than $15 million to secure Congolese oil deals. The payments were made to Congo’s president and his family members via intermediary companies, including Petrolia E&P SA, a firm owned by Congolese presidential aide Maxime Gandzion, and Semlex, the document said.

The prosecutors described Gandzion as a “public agent”, essentially a government official who was used to secure deals by gaining “undue advantage”.

Gunvor disputes the prosecutors’ description and calls Gandzion a business agent who advised the trading firm.

Gandzion and his lawyer did not respond to emails requesting comment.

The presidential State House declined to help with efforts by Reuters to seek comment from the Congolese president and his wife. State House said the president’s son would not comment.

Minister Ondongo could not be reached.

The document said that, as a result of the payments, Gunvor secured a three-year oil supply contract from SNPC in June 2010 and signed two deals to make prepayments for oil cargoes with SNPC worth $125 million and $500 million in July 2011.

Congo Communications Minister Thierry Moungalla, who acts as government spokesman, denied the allegations, saying Collard “was not able to provide any evidence. This is a baseless accusation.”

Investigating the Swiss side

Switzerland’s criminal code bars payments to foreign officials or third parties that have the aim of seeking “undue advantage”.

Prosecutors have said they are investigating whether Gunvor had any role in any corrupt practices or failures in corporate responsibility related to the deals.

Collard, whose plea bargain was drawn up by Swiss federal prosecutors, said managers at Gunvor knew about the payments and approved them to win the deals between 2009 and 2011.

A Gunvor spokesman said: “No member of management knew of the ex-employee’s corruption scheme or his efforts to defraud the company.”

He said the firm had updated compliance controls since then and no longer did business in the two countries.

The trading firm fired Collard, a trader and business developer, in 2012 and filed a criminal complaint against him, accusing him of fraud and embezzlement.

Collard also paid about $7.6 million to Semlex for Ivory Coast deals, with at least 70 percent of the funds going to the former head of the country’s state oil firm Petroci, Kassoum Fadika, Laurent Ottro-Zirignon who is the uncle of former President Laurent Gbagbo, and Aubert Zohore who was Gbagbo’s economic counsellor, the document said.

Fadika denied the allegations. “Petroci worked with Gunvor like all other traders and their cargoes were awarded through open tender,” he said.

A lawyer for Belgian passport maker and biometrics firm Semlex declined to comment on the allegations that it facilitated payments in Congo and the Ivory Coast.

The document did not address whether Semlex was being investigated or accused of wrongdoing by the Swiss authorities.

Swiss campaign group Public Eye was first to detail Gunvor’s dealings in Congo and its alleged links with the ruling family.

The Swiss Attorney General has not filed charges against Gunvor. An Attorney General spokesman said “several” investigations were being conducted relating to Gunvor’s dealings in the two West African nations, including into possible failures in its “corporate responsibility”.

Semlex, a private company based in Brussels, has produced ID documents in a dozen countries across Africa. Reuters has previously reported on its activities in Comoros and in Democratic Republic of Congo. 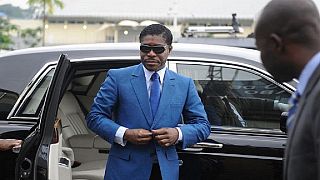