It's more than diplomacy for African presidents at U.N. Gen. Assembly 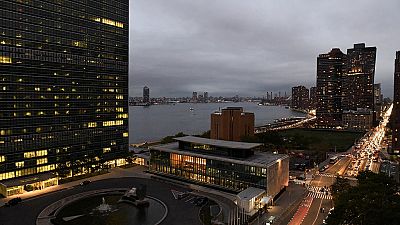 Several African heads of state and delegations have made their way to New York in the United States America, where they will attend the 73rd United Nations General Assembly (UNGA).

Some of the highlights for the continent of Africa will be heads of state addressing the United Nations for the first time including South Africa’s Cyril Ramaphosa.

This year’s session will mark President CyrilRamaphosa’s inaugural participation at the United Nations General Assembly as Head of State and Government, where he will also outline South Africa’s domestic and foreign policy goals and priorities. #UNGA #BetterAfricaBetterWorld pic.twitter.com/CVZrLXI0QO

I am particularly excited by the activities planned to honour former President Nelson Mandela during the year of his centenary. This is a historic and proud moment for all of us and we are humbled by the recognition of his role in fighting for justice and peace around the world. pic.twitter.com/VnXFVlC1mq

I have arrived in New York for the 73rd session of the UN General Assembly. I am here to share our story of a nation reinvigorated, a hope reborn and a dream renewed.

Several presidents who arrived in New York ahead of UNGA that kicks off today have been meeting several delegations including business leaders, members of the diaspora as they pursue their own country’s development agendas.

Our national carrier will soon traverse the skies on a daily 15 hour direct flight from Nairobi to New York City and from New York City to Nairobi. These flights will be a major boost to tourism and trade between Kenya and the US | KenyaAirways https://t.co/3fB6oDh6gc pic.twitter.com/ybWoOVu2zm