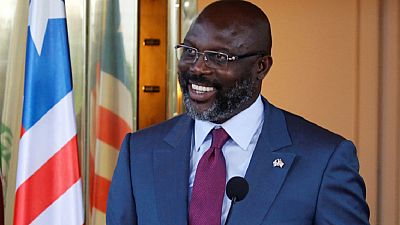 The U.S. government is considering helping Liberia track down more than $100 million in missing cash, an embassy spokesman said, in a case that has triggered a political crisis in the country.

Several shipments of freshly printed Liberian dollars ordered from abroad by the central bank have been unaccounted for since they passed through the country’s main ports in November 2017 and August this year, Information Minister Eugene Nagbe said on Tuesday.

Minister of Justice Frank Musa Dean said the government had sought U.S. help in investigating the whereabouts of the cash, equivalent to nearly five percent of Liberia’s GDP.

We are reviewing the request for assistance.

Washington has worked with the Liberian government on fiscal transparency and governance issues in the past.

“(We) are reviewing the request for assistance,” the U.S. embassy spokesman told Reuters via email late on Thursday.

News of the money’s disappearance – with cabinet members giving differing versions of events – sparked outrage in the West African country, with politicians and pressure groups calling for more transparency.

The hashtag #BringBackOurMoney is trending on social media and a new Hipco song – a Liberian form of hip-hop – called “Bring Our Container Back” is a popular request on local radio.

While the investigation is ongoing, 15 people have been barred from leaving the country, including ex-central bank governor Milton Weeks and Charles Sirleaf, son of former president and Nobel Peace Prize winner Ellen Johnson Sirleaf.

Sirleaf has not been reachable for comment while Weeks on Tuesday denied any wrongdoing and said he was cooperating with investigators.

“The authorization to print the money came from the board (of the Central Bank)… So, whatever is being said here, we need to get to the bottom of this,” Weeks told Reuters on Thursday.

President George Weah, who took office in January after campaigning for economic reform in one of the world’s poorest countries, has yet to comment on the missing money.

Finance Minister Samuel Tweah meanwhile played down the crisis and said that not all the money was missing, contradicting Nagbe’s statement.

“(The investigation) is about establishing the accuracy of money that came in between 2016 and 2018, because we got reports that some irregularities happened along the way,” Tweah told Reuters.