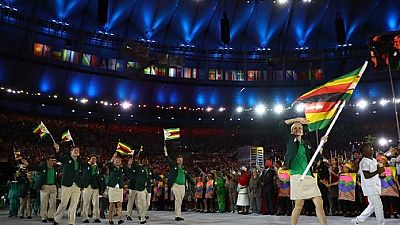 Zimbabwe’s new 34-year old minister, Kirsty Coventry believes sports can unite the country that has been polarised by political and economic challenges.

Coventry, who is dubbed the country’s ‘Golden Girl’, having won seven swimming medals for her country, including two golds, says she is aware of how vitally important her docket that includes uplifting the youth is.

“I firmly believe that sport breaks down barriers between people, and that it can bring a nation together in unity and pride. It transcends all sections of society, the older generation and the kids,’‘ Coventry says.

Coventry says she never had an ambition to go into government, but now that the opportunity has presented itself, is eager to make the most of it.

“I do believe that things are brought to you for a reason and that there is a bigger picture to what we are doing. Zimbabwe is a very exciting place at the moment with everything that is happening.

“I will do what I have always done, to try and inspire and uplift people. I know I will need to surround myself with a good team to achieve what we want to do. But I still see myself very much as just a person and not a politician.”

‘Focus on our strengths’

Having been sworn in on Monday, Coventry has hit the ground running, meeting officials of several sports federations and sharing her vision for a triumphant Zimbabwe at the Olympics.

Coventry believes the country needs to be more “strategic” in the development of Olympic athletes.

“Two important factors we need to consider if we are to improve our chances are obviously providing facilities and access to sport, and in this regard I think we need to be more strategic,” Coventry told Reuters.

“The example I always use is that of Jamaica, who decided to focus on the 100-metre and 200-metre sprints, because they saw that as a strength, and they have done remarkably well.

Getting the job done

The successful athlete and accomplished sports administrator plans to sit down in the coming weeks with the country’s sporting federations, coaches, players and other stakeholders to listen to their challenges.

“I want to understand how we can better support our athletes and youth, because sport and the arts is also a vehicle for job creation, which is so important for Zimbabwe.”

Coventry has extensive experience in sports administration having been elected chairperson of the International Olympic Committee’s Athletes’ Commission earlier this year, and is also a member of the World Anti-Doping Agency’s Athlete Committee.

She has served as vice-president of Zimbabwe National Olympic Committee and fulfilled the same role for the International Surfing Association.