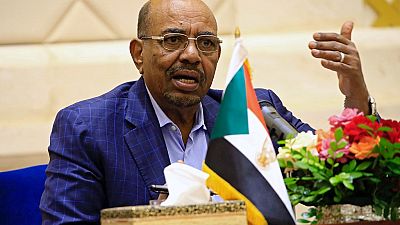 Sudan’s new 21-member cabinet will be sworn in on Friday and will be hard pressed to deal with a growing economic crisis.

Sudan has been grappling with an acute foreign exchange shortage and inflation above 65 percent for several months, prompting Bashir on Sunday to sack his 31-member cabinet to “fix the situation”.

The ruling National Congress Party (NCP), in a late meeting Thursday, approved the ministers chosen by Prime Minister Moutaz Mousa Abdallah, who had been tasked with forming a new government after he himself was sworn in on Monday.

The executive bureau of NCP approved the nominated people from the party to take their positions as ministers.

“The executive bureau of NCP approved the nominated people from the party to take their positions as ministers,” Faisal Hassan Ibrahim, a top aide to Bashir, told reporters after the party meeting.

Sudan’s president Omar al-Bashir sacked the previous government last week and is expected to chair the first meeting for the new team on Sunday.

The cabinet is due to be sworn in on Friday, and is scheduled to hold its first meeting on Sunday.

Several ministers from the previous government were retained in the new, smaller cabinet.

But the erstwhile finance minister Osman al-Rikabi was replaced by Abdallah Hamdok, while Ahmed Bilal was named new minister of interior.

The ministers of foreign and oil were also retained from the previous government. They had been appointed to their posts just months ago following an earlier cabinet reshuffle.

Prices of food items and other products more than doubled over the past year across Sudan as the economic crisis grew, while the foreign currency market has seen the Sudanese pound plunge against the US dollar.

Sudan’s economic crisis deepened despite the United States lifting in October its decades old trade embargo on the African country.

Washington had kept Sudan on its list of “state sponsors of terrorism,” a factor officials say keeps investors away and halts the country’s economic revival.

Sudan’s economy already suffered from the loss of three-quarters of its oil resources when South Sudan gained independence in 2011.

An attempt in September 2013 to cut fuel subsidies led to bloody confrontations between anti-austerity protesters and security forces that left dozens dead in Khartoum.