Marwan Zgheib speaks of a crisis in global architecture

Whilst building towers of record breaking height was once a priority for many modern Middle Eastern countries, today affordable and efficient developments are on the rise.

Lebanese architect Marwan Zgheib has a hand in urban planning in the region and has created some of its most sculptural and eco-friendly buildings.

A REGIONAL AND GLOBAL ARCHITECTURAL CRISIS

In an exclusive interview with Inspire Middle East, Zgheib explains that for the past twenty years the region has witnessed a “loss of identity” in architectural terms.

He attributes this issue firstly, to historical regional conflicts leading to the destruction and reconstruction of many cities and secondly, to the rapid emergence of new urban areas, particularly in the Gulf.

Zgheib expresses that urban landscapes of recent decades have lacked a certain character, adding that this phenomenon is not limited to the Middle East.

“I think now, it’s a common problem all over the world,” he says, “I think there is a crisis in the architectural language. Everything looks the same, everywhere.” 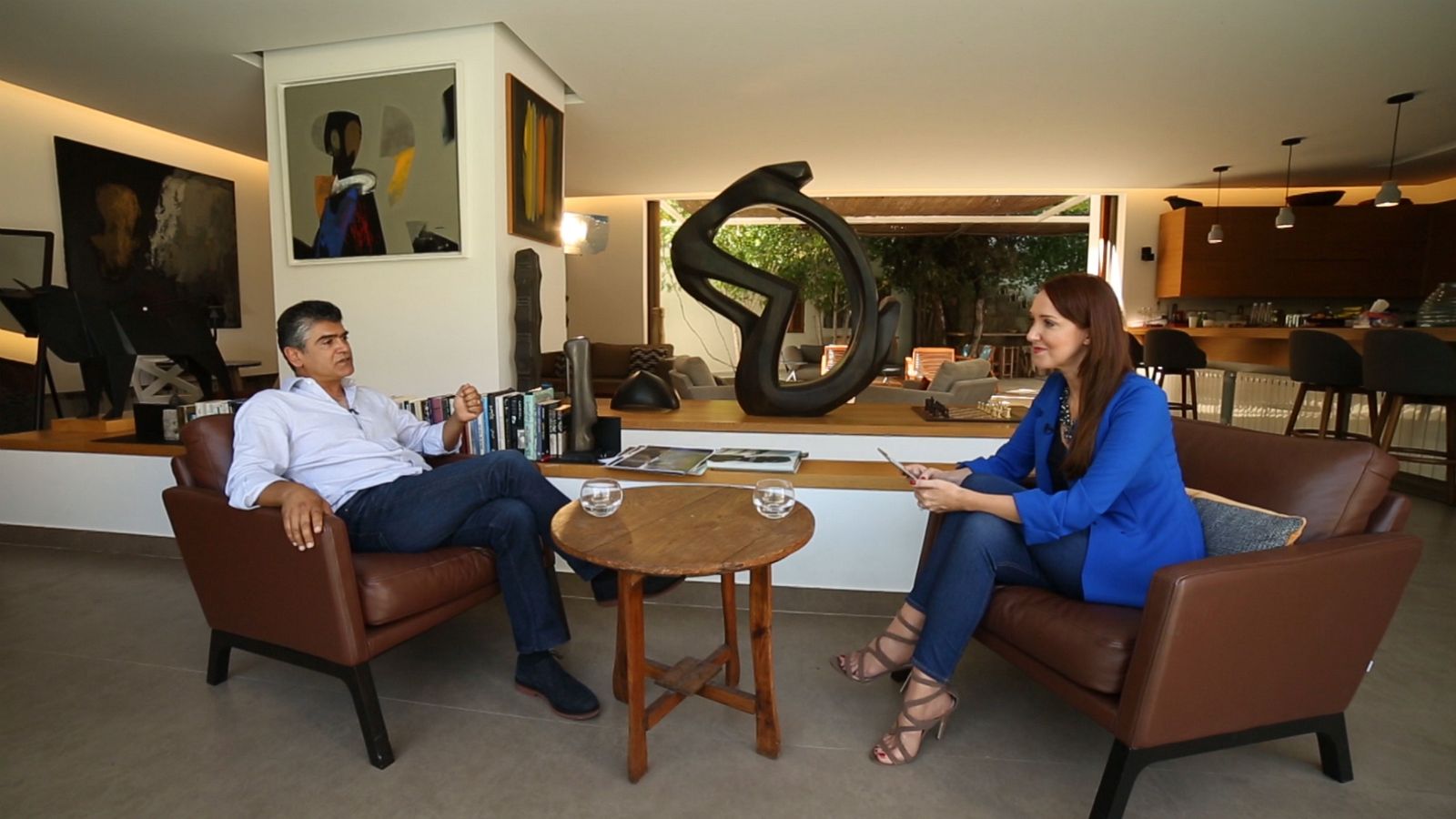 The Lebanese architect goes on to say that finding the balance between the client’s needs and his own architectural values can be a challenge.

“The problem is that we share responsibility with the client and everybody knows about this obsession of the highest, the longest, the biggest,” he says.

Zgheib also highlights that another issue with today’s urban design is the lack of green and public spaces, stating that “a city has to be walkable.”

Zgheib rose to notoriety around 2002, when he founded his own firm and rode the wave of a regional construction boom that saw his angular high-rise towers and luxury houses spring up across Saudi Arabia, Lebanon, the UAE and Nigeria.

His signature style involves geometric structures and conceptual living spaces – like the Meditation House in Lebanon which is embedded into a mountainside and plays with natural light. 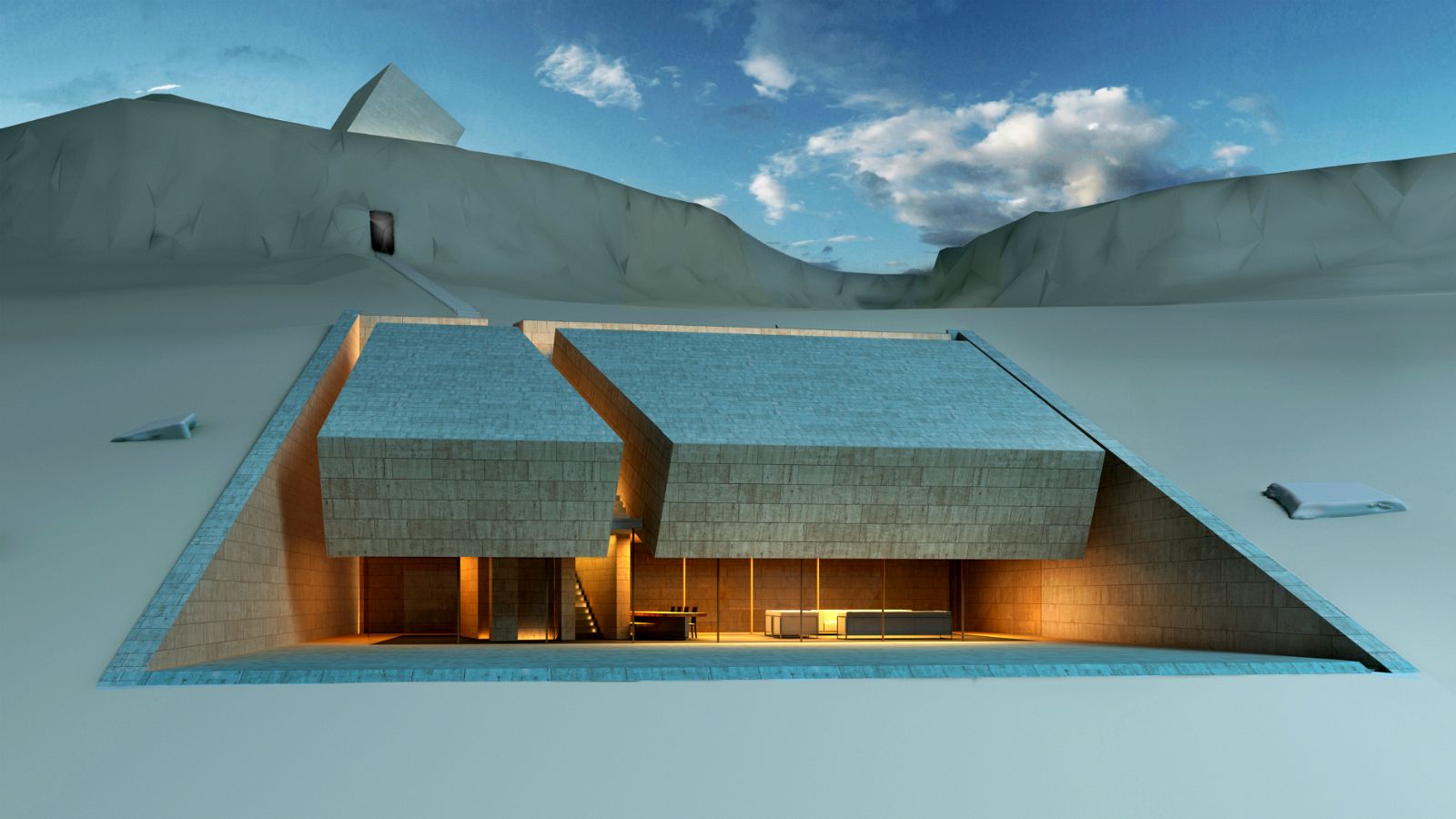 The Meditation House in Lebanon, designed by Marwan Zgheib

Upcoming projects include the award-winning Ring House in Saudi Arabia – a sustainable, rectangular building cocooned within a cylindrical structure. 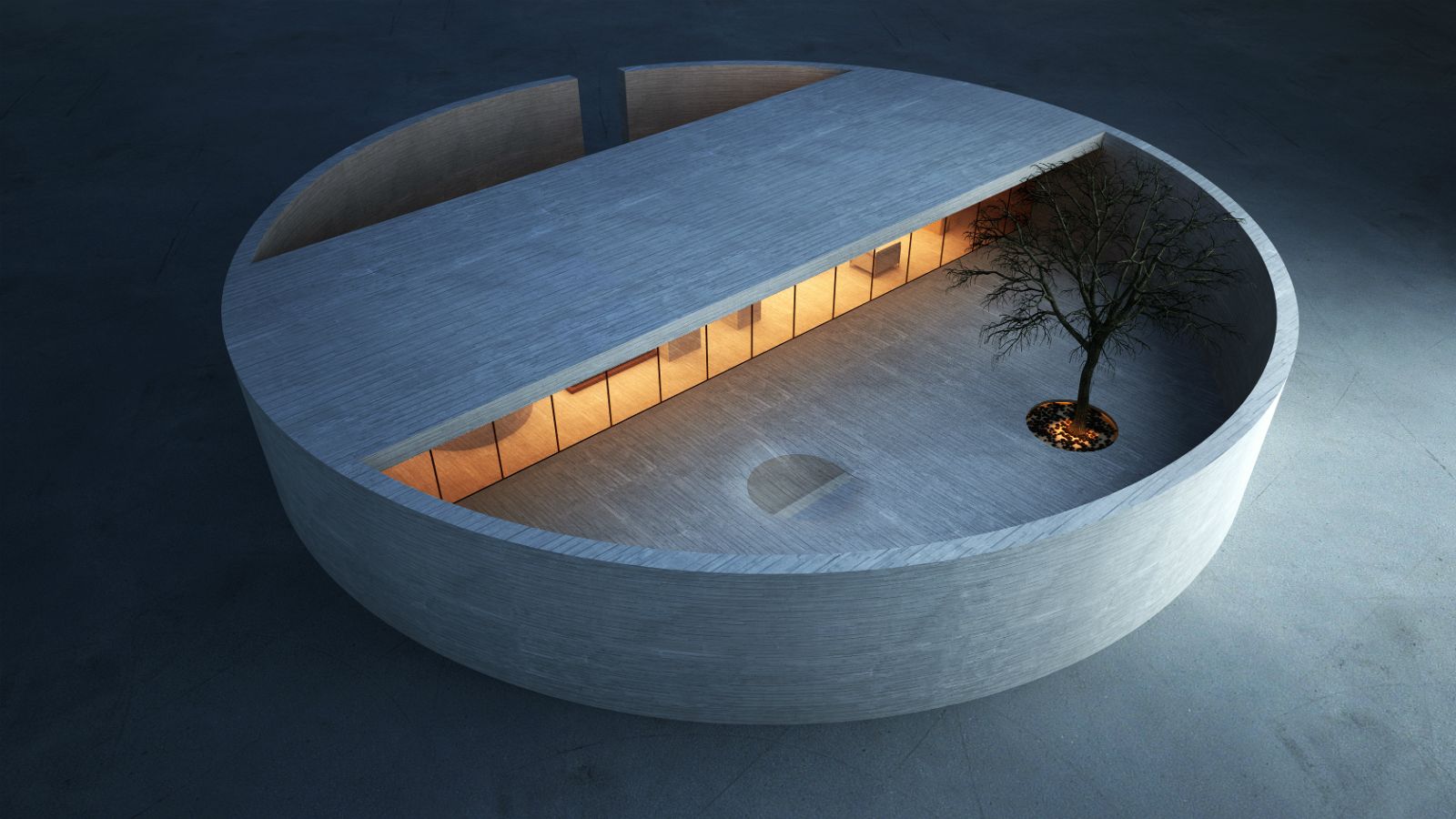 The Ring House in Saudi Arabia, designed by Marwan Zgheib 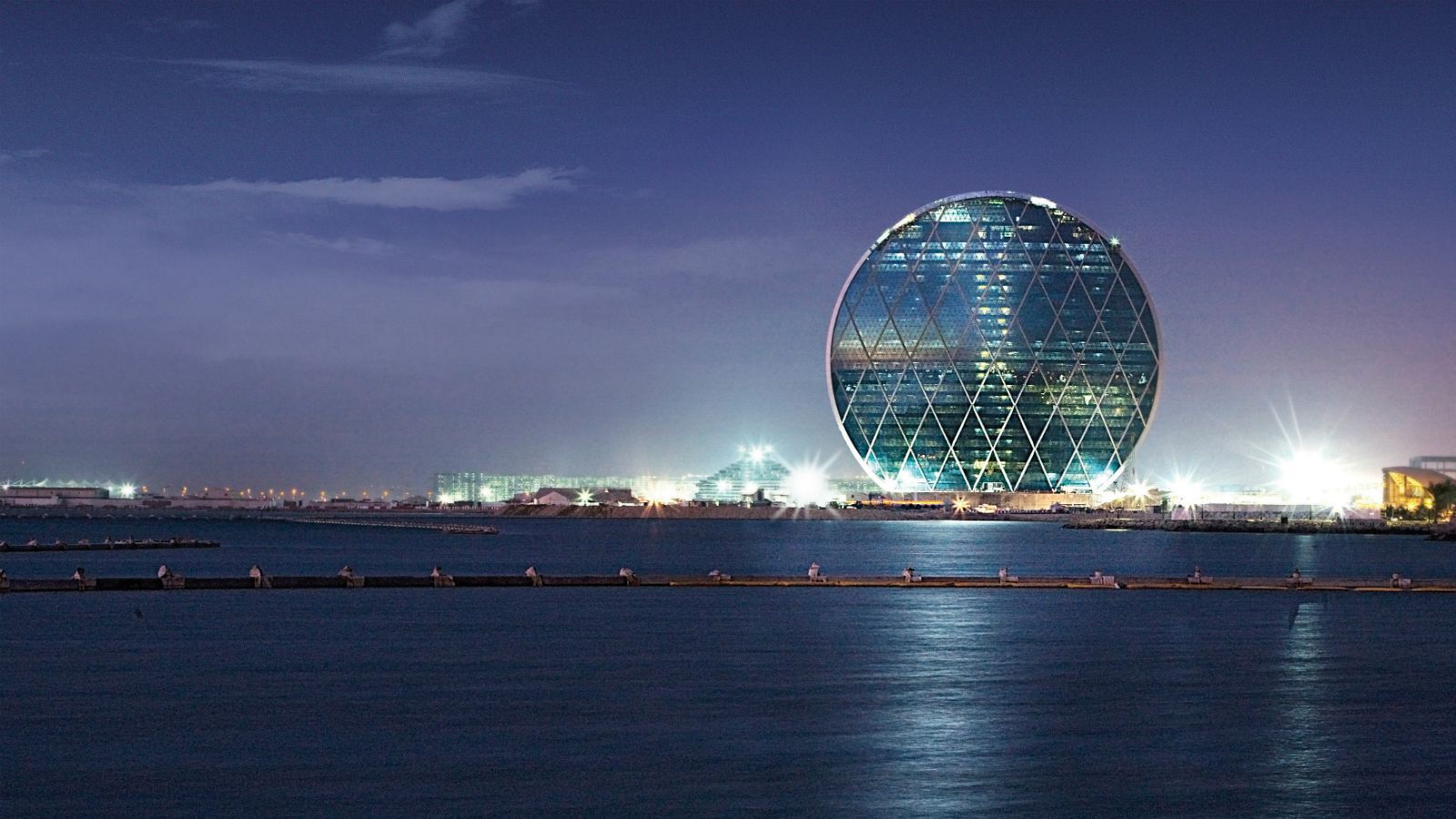 The Aldar Headquarters in the UAE, designed by Marwan Zgheib

The building is fondly nicknamed “The Pearl”, and although Zgheib is frequently inspired by nature, he affirms that the edifice was not intentionally designed with the sea in mind.

The architect reveals that the main challenge in designing the Aldar headquarters was finding a way to smoothly merge the round shape of the circular building to the land.

“We had to go back to one of the oldest theories in architecture, and in every sketch that we did we realized that the circle is integrated in a pentagram,” he recalls, “And this is a representation of the human being, the human body, the microcosm. 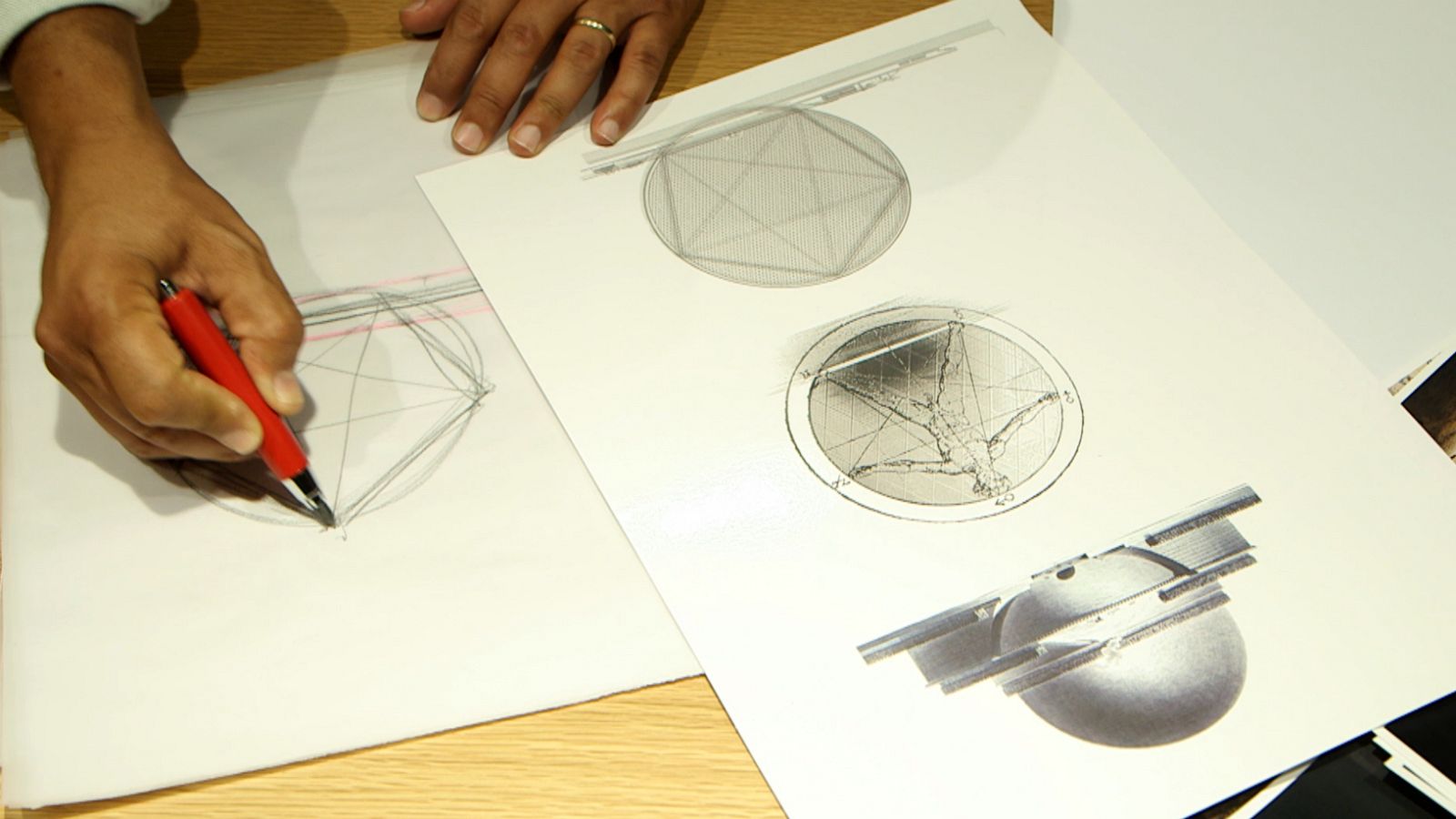 Zgheib reveals that his ultimate dream would be to participate in the reconstruction of war-torn Aleppo, in Syria.

“It’s one of the most beautiful cities in the world and it’s entirely destroyed now,” he says.

The architect also hopes to be able to work with other humanitarian projects in the near future, in countries within Africa, finding aesthetic and practical solutions that benefit both people and nature.

Bahrain resident Mirza posted this video saying that, for her, the building beautifully balanced modernity and sustainability.

From where I stand ?

And Anna from Poland braved the summer heat to take in the futuristic architecture of Masdar City in Abu Dhabi, dubbing it a “magic place”. 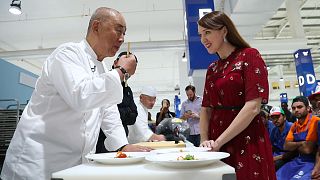