Eritrean delegation in Russia for thorough review of bilateral relations 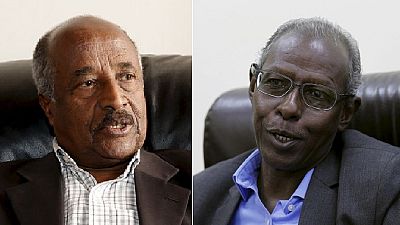 A top Eritrean delegation is expected in Russia to hold official talks with Moscow on enhancing ties between the two countries. The diplomatic trip is expected to last from August 20 to September 1.

The trip has been confirmed by Russia’s Foreign Affairs Ministry and Ethiopia’s Information Minister Yemane Meskel.

#Zakharova: Eritrea’s Foreign Minister Osman Saleh Mohammed will be in Russia on a working visit between August 30 and September 1. On August 31, Foreign Minister Sergey Lavrov will hold substantive talks with him in Sochi to thoroughly review bilateral relations

The two Eritrean officials – Saleh and Ghebreab – have been at the forefront of Eritrea’s diplomatic engagements since the country made peace with neighbouring Ethiopia in July.

They led President Afwerki’s mission to gauge the mood in Addis Ababa after Ethiopian Prime Minister Abiy Ahmed announced that the country was ready to accept a border ruling that sparked decades old feud.

Thereon, they have at different times visited Saudi Arabia, returned to Addis Ababa for talks on implementation of peace deal and to Somalia after Asmara reconciled with Mogadishu recently.

The last publicised Russia engagement with Eritrea was when president Afwerki met with a Russian regional governor for bilateral talks in April 2018.

Eritrean information minister confirmed at the time that Governor of Sverklovsk Region of the Russian Federation, Mr E.V. Kuivashev, was in Eritrea on a two-day visit. ‘Met with President Isaias Afwerki and other senior officials to explore prospects for investment in various sectors,’ he added.