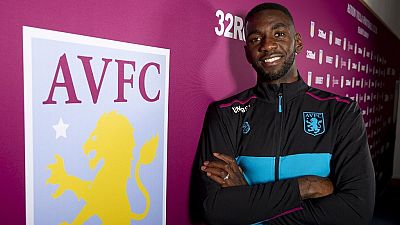 Democratic Republic of Congo international, Yannick Bolasie, has joined English second-tier side Aston Villa on a season-long loan deal from Everton. The Championship side confirmed the 29-year-old’s move on Saturday.

Bolasie has said that his main aim was to help the club to secure promotion into the top flight – The Premier League. “My main aim here is to get this club promoted.”

It is believed that a race for more playing time is behind his decision to opt to drop one tier. A number of injuries has limited his role at Everton since joining two seasons ago.

The midfielder joined Everton in 2016 with a five-year deal at Goodison Park. At the time he joined, he was the fourth signing of the summer transfer window for manager Ronald Koeman.