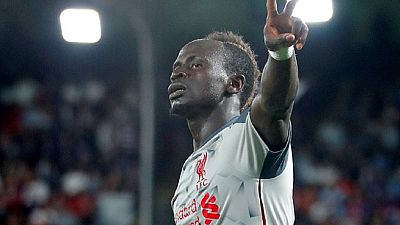 Liverpool’s James Milner’s converted a penalty on the stroke of halftime and Sadio Mane added a late second to secure a 2-0 Premier League win at Crystal Palace on Monday and maintain a 100 percent start to the season.

While Egypt’s Mohamed Salah, who is the talisman of Liverpool’s attack was not on the scoresheet, he made major contributions to the Anfield side win.

After Palace’s Andros Townsend rattled the bar with a thundering effort from distance the visitors were awarded a penalty when Mamadou Sakho tripped Mohammed Salah.

Despite Palace’s protests, Milner kept his cool to fire past Wayne Hennessey and send Juergen Klopp’s side into the halftime break with the advantage.

Palace’s task was made harder 15 minutes from time when defender Aaron Wan-Bissaka was sent off for bringing down Salah in a goalscoring position.

Mane made it 2-0 in stoppage time with great strength and skill as he broke from the halfway line, after collecting a Salah through ball, and rounded Hennessey before slotting home for Liverpool’s second win in their two games this season.