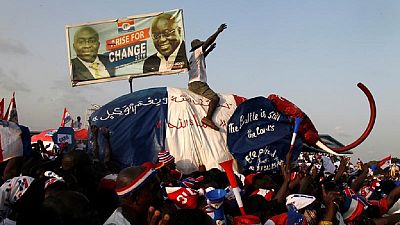 The group known as Kandahar boys went to the Tamale Teaching Hospital (TTH) and ordered the facility’s head Dr. David Zaawumya Kolbila to leave his office.

A video clip of their action showed them walk into the CEO’s office and ordering him and other staff in the office to leave, which they all obliged without any resistance.

Their actions have since led to a strike action by all medical staff at the facility. The workers are protesting the action of the group which they say compromises their security.

Local media reports say the group said their action as to protect the hospital because the CEO was not consulting other hospital authorities in decision making.

The Kandahar Boys say that they were instrumental in getting the CEO of the Tamale Teaching Hospital into position but he has ignored the NPP youth since he got the position, a journalist with local FM station, Citi FM said on Tuesday.

The regional minister – who is the chief security officer – has confirmed that he knows some of the people caught on tape. He has insisted that the law will take its course as per the president’s orders that impunity be stamped out irrespective of who perpetrates it.

Meanwhile, there is a back and forth within the NPP as to whether or not the people involved in the act were really party operatives or not.