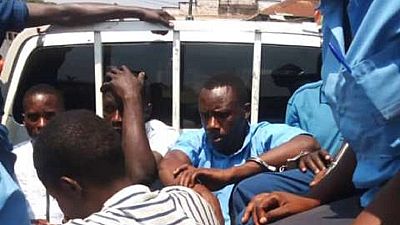 A Burundian headmaster is in police custody after he was arrested sitting a national varsity entrance examination on behalf of a student.

The BBC Africa’s correspondent in the country reported that Headmaster Benjamin Manirambona, from the Buterere Technical College in northern Bujumbura, was busted upon a tip off to the police.

Confronted by police and exams officials whiles still writing a paper, Manirambona admitted that he was writing the paper for a soldier who was deployed on peacekeeping mission to Somalia.

The report added that he confirmed that the unnamed student had promised to pay him an agreed amount upon his return from duty.

He was arrested together with other students also suspected of cheating after a tip off was given to the police, the BBC Africa LIVE page added.

According to Burundian laws, it was wrong to impersonate a person. The report, however, did not state what would be done to the soldier mentioned in the issue.