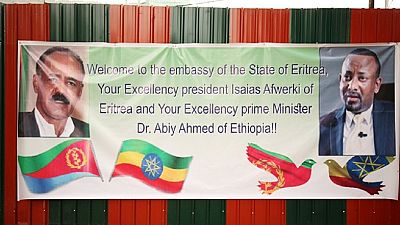 Two days after Ethiopia named an ambassador to Eritrea, the latter’s president Isaias Afwerki has appointed its first ambassador to its neighbour in two decades, the government said on Saturday.

President Isaias Afwerki has appointed the current Minister of Education, Mr. Semere Russom, as Ambassador to Ethiopia. Mr. Semere, who will retain his Ministerial rank, has served as Eritrea’s Ambassador to the US and Governor of the Central Region in previous years pic.twitter.com/GGTiWQNKqv

The rapprochement was triggered by the taking office in April of Ethiopian Prime Minister Abiy Ahmed, who announced he wanted to implement a peace deal that ended the war.

Both leaders have visited each other and Isaias this week reopened his country’s embassy in Addis Ababa.