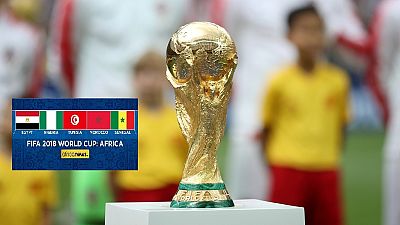 France beat Croatia by four goals to two in the 2018 World Cup final taking place in the Luhzniki Stadium in Russia.

The Les Blues have thus secured their second World Cup trophy whiles the Croats failed to land a historic first trophy – after what their manager described as a fairytale run.

As the world waits to watch the World Cup final in Moscow on Sunday, the stories of the two contenders have fascinated soccer pundits and fans alike.

It’s the game of our lives to play in a World Cup final, a dream I’ve had since I was a kid. The cup feels so close we can almost touch it but there is still a lot to do to get there.

Croatia, a nation of four million people, will be playing their first World Cup final and hoping to join the very exclusive list of just eight nations that have ever lifted football’s biggest prize.

France on the other hand, won the World Cup in 1998 on home soil, and will be hoping that this generation of rich attacking talent with the likes of Kylian Mbappe, Antoine Griezmann, Paul Pogba and N’Golo Kante can deliver their second star.

“It’s the game of our lives to play in a World Cup final, a dream I’ve had since I was a kid. The cup feels so close we can almost touch it but there is still a lot to do to get there,” French midfielder Blaise Matuidi said on Friday.

Croatia reached the last four at the 1998 World Cup but lost 2-1 to eventual winners France.

Road to the final

How the two teams made it to the July 15 final has been one of the biggest talking points, as experts wonder whether ‘the will to win’ could trumple skill in the World Cup’s biggest game.

Croatia, played extra time in all three of their knockout games, winning two penalty shootouts against Russia and Denmark, while France won all their knockout games in regular time, eliminating Argentina, Uruguay and Belgium on the road to the final.

As a result, Croatia has played 90 more minutes than France, and the latter who played their semi-final on Tuesday have had one more day of rest compared to their Balkan opponents.

The Croatians have had to come from behind in all three of their knockout games, while France have not trailed in any of their six matches at theWorld Cup.

“We are a nation of people who never give in, who are proud and have character and we have shown that again,” coach Zlatko Dalic said after the 2-1 extra time win over England.

One of the key battles in the final will be between Croatia’s Luka Modric and France’s N’Golo Kante.

Modric, who will win his 112th cap in the final has been at the heart of Croatia’s resilient run to the final.

The midfielder’s controlled probing and passing combined with his constant buzzing movement and authority extracts the best of those around him.

France know that keeping him quiet is their key challenge, and in N’Golo Kante, they have the perfect man to do it.

Kante’s calm smothering of rivals’ attacks, brilliantly showcased in suppressing the threat of Belgium in the semi-final, gives the French defence more time to organise themselves, and they have consequently looked assured throughout.

Please share with us your prediction for the World’s biggest football match.