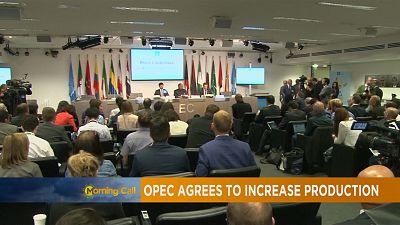 The Organization of the Petroleum Exporting Countries (OPEC) member states have agreed to increase the oil production by one million barrels per day from July 1, a decision reached at a meeting on Friday in Vienna.

OPEC member states and other world oil pumpers have jointly cut their production by 1.2 million barrels per day since 2016 to balance the oil market for 18 months. However, due to the limited productivity of some countries, like Libya and Venezuela, the actual production reduction has overpassed the agreed amount, lifting the oil prices to the maximum of 80 U.S. dollars per barrel from 27 at the end of 2016.

Major oil consumers the United States, China and India had urged Vienna-based OPEC to release more supply to prevent an oil deficit that would hurt the global economy.

However, the decision confused some in the market as OPEC gave opaque targets for the increase, making it difficult to understand how much more it will pump. Oil prices rose as much as 3 percent.
OPEC said it would go back to 100 percent compliance with previously agreed output cuts but gave no concrete figures. The deal gave a tacit green light to Saudi Arabia to produce more than currently allowed by OPEC as the 14-nation organization avoided setting individual country targets.

With us on the programme is Gaya Mahaman Laouan. Gaya, the Executive Secretary, African Petroleum Producers Association joins us from Athens, Greece.