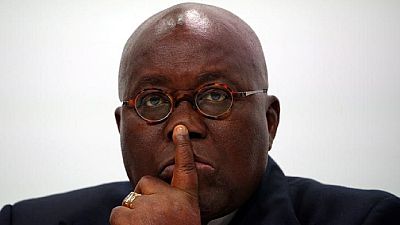 The removals of Charlotte Osei and her two deputies were based on a recommendation by a special committee set up by the chief justice to investigate complaints against them, Abdul-Hamid said in a statement.

“The committee recommended their removal on the basis of stated misbehaviour and incompetence, pursuant to Article 146(1) of the Constitution,” it said.

The committee recommended their removal on the basis of stated misbehaviour and incompetence, pursuant to Article 146(1) of the Constitution.

The three were directed to transfer their duties to the director for human resource and general services of the commission.

The presidency said last year it had referred a petition from some workers at the Electoral Commission, accusing Osei of abuse of office, to the chief justice for investigation.

Osei denied the accusations and the main opposition has repeatedly said they are trumped up.

Osei, a former corporate lawyer, was appointed by former President John Mahama in mid-2015. She successfully supervised a general election in 2016 which was won by Akufo-Addo, then leader of the main opposition.

The West African major commodity exporter will hold presidential and parliamentary elections in December 2020, in a vote that will be a close contest between Akufo-Addo’s New Patriotic Party and the main opposition National Democratic Congress.