'It's none of your business': Rwanda tells European critics of Arsenal sponsorship 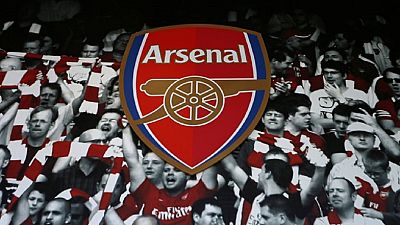 Rwanda has defended its multi-million dollar deal to sponsor the Arsenal soccer team, telling politicians from European donor countries it was “none of their business”.

Some politicians in Britain, the Netherlands and other donor countries criticised the decision by an African nation that received more than $1 billion in foreign aid and development assistance in 2016, according to the World Bank, to sponsor President Paul Kagame’s favourite soccer team.

But a Rwandan foreign minister said the money came from tourism income, not aid, and hit back at European lawmakers.

“It’s none of their business,” Olivier Nduhungirehe, foreign affairs minister of state, told a news conference.

Tourism is the biggest foreign exchange earner in the East African nation and Nduhungirehe said he hoped revenues from the sector would double from more than $400 million last year to $800 million by 2024.

U.N. figures show more than 60 percent of people live under the poverty line in Rwanda, a country of 12 million where 800,000 people were killed in a genocide in 1994.

Arsenal declined to confirm the value of the sponsorship deal but said Rwanda had “transformed itself dramatically in recent times and is now regarded as one of the most advanced and respected countries in Africa”.

“This is one of the reasons we believe that, having conducted due diligence, it is a partnership that will help Rwanda meet their tourism goals while developing football in the country,” a spokeswoman said.