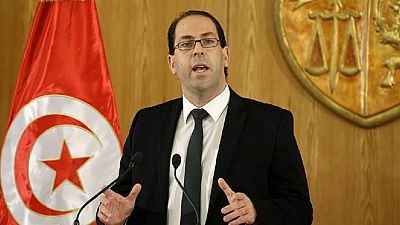 Tunisia on Friday arrested the main organiser of a migrant smuggling operation after at least 87 people drowned when their boat sank off the southern coast this month, the government said.

The boat sank off Kerkenna island from where it had set out. Dozens of people were rescued by the coastguard.

The Defence Ministry said the man was arrested on Friday along with another man described as his business partner, a military man, who was trying to take them out of Kerkenna in his car.

The security forces arrested the main organiser of the illegal immigration operation in Kerkenna.

Prime Minister Youssef Chahed this month sacked Interior Minister Lotfi Brahem and 10 security officials for failing to stop the boat. Security forces have since cracked down on migrant smugglers in several parts of Tunisia.

“The security forces arrested the main organiser of the illegal immigration operation in Kerkenna,” the Interior Ministry said.

His partner was a military man, according to the Defence Ministry. The men were not identified.

Human traffickers increasingly use Tunisia as a launch pad for migrants heading to Europe as Libya’s coastguard, aided by armed groups, has tightened control.

Tunisia stopped about 6,000 migrants leaving its coast for Europe in the first five months of the year, a sharp increase from the few hundred prevented in the same period last year, an Interior Ministry official told Reuters.

The North African country is suffering a deep economic crisis since the toppling of autocrat Zine al-Abidine Ben Ali in 2011 threw Tunisia into turmoil with unemployment and inflation shooting up.