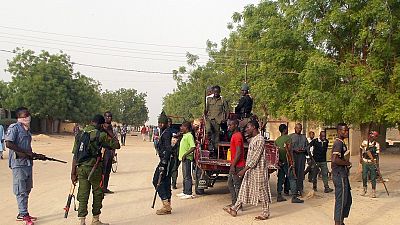 The residents, who were among those who counted the dead, said the blasts occurred in the Damboa local government area in the south of the state, on Saturday around 8:30 p.m. (1930 GMT). Witnesses spoke of at least one rocket attack.

Borno is the state worst hit by the insurgency, aimed at creating an Islamic caliphate in northeast Nigeria, which has killed more than 30,000 people and forced over 2 million to flee their homes since 2009.

The blasts occurred in the Shuwari and Abachari districts of the local government area, which is about 90 km (55 miles) from state capital Maiduguri.

“It has destroyed our houses. We have also counted 31 innocent people including children and elderly killed in the attack,” said local resident Modu Usman, son of a community leader. Nobody had claimed responsibility for the blasts.

The military and police did not immediately respond to telephone calls seeking details of the blasts. The last large attack in the northeast occurred in early May when at least 20 people were killed in Adamawa state, which borders Borno.