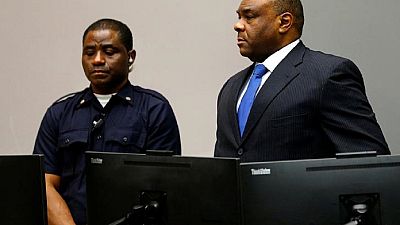 According to the court order, issued on Tuesday, Bemba will be freed in neighbouring Belgium, wher his family lives.

Bemba, 55, has been in the International Criminal Court (ICC) detention centre since his arrest in 2008. The Democratic Republic of Congo opposition leader was convicted in 2016 of crimes against humanity and sentenced to 18 years in prison.

But that conviction was overturned on appeal last Friday in a major setback for prosecutors. Appeals judges said they could not pin responsibility on Bemba for the killing and raping of civilians by soldiers under his command.

He was the highest ranking official among only four people who had successfully been prosecuted at the permanent war crimes court since it was set up in 2002.

Normally suspects are immediately released after an acquittal, but Bemba also faces sentencing for a separate charge for witness tampering during the trial, which could result in a maximum five-year jail term.

The charge for tampering was brought in November 2013 and prosecutors said that Bemba should remain in custody until a final sentence is issued in that case.

Upon release, Bemba is expected to leave the Netherlands for neighbouring Belgium, where his wife and five children live.

“He’s never given up on his political ambitions,” said Peter Haynes, another member of the defence team. “I’d be surprised if he can stay away from it”.

If he were to return to Congo, that would give an instant boost to opponents of longtime President Joseph Kabila ahead of a December election. Kabila’s allies have indicated the president might disregard term limits and stand a third time.

Bemba, who finished runner up to Kabila in a 2006 election, has a large and loyal following in western Congo and his presence would ramp up pressure on Kabila.