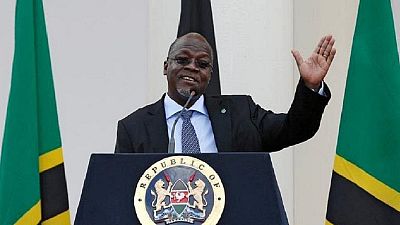 Tanzanian prosecutors on Wednesday charged two chief executives of mobile phone companies and four other suspects with fraud as part of a crackdown against tax evasion in the East African nation.

The four other suspects were two Chinese nationals and two Tanzanians.

conspired to commit an offence, namely fraudulent use of network facility.

The suspects all denied conspiracy and fraud charges at a court in Tanzania’s commercial capital Dar es Salaam and were sent to be held in prison, pending trial.

Zantel, a majority stake in which was acquired by Millicom International Cellular in 2015, was previously owned by United Arab Emirates telecom operator Etisalat.

The suspects “conspired to commit an offence, namely fraudulent use of network facility,” according to court documents reviewed by Reuters.

They were also charged with illegally importing and operating communications equipment that allowed them to fraudulently by-pass the government’s telecommunications traffic monitoring system.

The cards were allegedly used to send and receive international text messages (SMS).

Tanzanian President John Magufuli sacked the head of the telecoms regulator in 2016, saying the watchdog failed to monitor the industry, resulting in the loss of potential tax revenues of over $180 million a year since 2013.

After taking office in 2015, Magufuli launched an anti-corruption drive and vowed to stamp out tax evasion by multinational companies in the mining and telecoms sectors.

The fast-growing sector has been hit by tighter regulations in recent years, including a mandatory listing of at least 25 percent of telecoms companies’ shares on the local bourse.