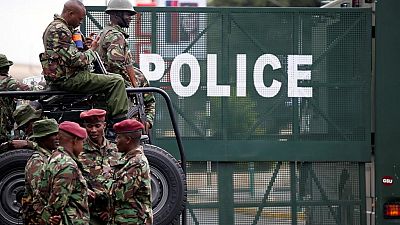 Five police officers were killed in eastern Kenya on Wednesday when their vehicle hit an improvised explosive device suspected to have been planted by Somalia’s al Shabaab group, an official said.

Al Shabaab is fighting to topple Somalia’s government, establish their own rule based on their strict interpretation of Islamic law and drive out of the country peacekeepers deployed by the African Union.

The militants frequently launch attacks in neighbouring Kenya to pressure it to withdraw its troops which form part of the peacekeeping force.

We suspect the improvised explosive device had been planted by al Shabaab group to target our security team.

Details of attack at Kenya-Somali border

Harun Kamau, Deputy County Commissioner in the region, told Reuters the police officers were in a vehicle conducting patrols in Harar village, in Liboi town near the Kenya-Somalia border, when the vehicle hit the device.

“We suspect the improvised explosive device had been planted by al Shabaab group to target our security team,’‘ Kamau said.

The explosion occurred at around 9 a.m. local Kenyan time and a total of eight police officers were aboard the vehicle.

“It is unfortunate we have lost five police officers while three of their colleagues survived but are critically injured,” he said.

The injured officers were airlifted to the Kenyan capital Nairobi for further treatment.