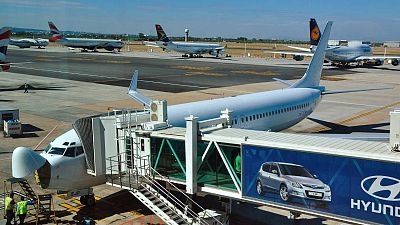 Scuffles broke out at a public meeting to discuss renaming Cape Town airport after Winnie Madikizela-Mandela, a sign of the anti-apartheid figurehead’s divisive legacy in South Africa two months after her death.

Monday’s meeting, attended by 800 people, was meant to debate proposals from the radical leftist Economic Freedom Fighters to rename the airport in honour of Madikizela-Mandela, who died on April 2.

Clashes break out at the public meeting on the renaming of Cape Town International Airport. IOL TheCapeArgus pic.twitter.com/K0qS8bQ36N

Since South Africa’s first democratic elections in 1994, many cities, streets and buildings have been given African names, rather than English or Afrikaans. Changes have also honoured heroes of the struggle against white-minority rule.

The proposal to rename Cape Town airport after Nelson Mandela’s second wife, whose reputation as “Mother of the Nation” was tainted by her alleged involvement in political violence in the late 1980s, was met with opposition from one section of the audience.

According to cell phone footage of the incident, another section of the crowd responded with chants of “Winnie” as the meeting dissolved into chaos.

Other names being considered included assassinated anti-apartheid activist Chris Hani and Mandela himself.

Airports Company of South Africa (ACSA) said it was keeping an open mind.

“Decisions on a new airport name will not be influenced by threats or based on who shouted the loudest,” it said. “Views expressed at consultation meetings do not constitute a binding vote on the name to be selected.”

In 2006, Johannesburg airport, one of Africa’s busiest, was renamed O.R. Tambo International in honour of the former leader of ruling African National Congress.