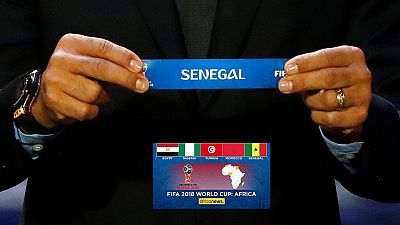 Senegal is back to the World Football party after 2002 in Japan/Korea. The Teranga Lions have missed the last four editions since they last turned up.

The road to qualifying for Russia was not easy as they had to do so under the strain of having to appeal a match result against South Africa after a bad refereeing call.

World football governing body, FIFA, agreed to cancel that South Africa result and the Sadio Mane-led team returned to win the match and all but secure their slot in Russia.

The team led by Aliou Cisse, who captained the Lions in 2002, scaled the second round of qualifiers beating Madagascar 5 – 2 over two legs. Senegal was subsequently pooled into a qualification group that included: South Africa, Cape Cerde and Burkina Faso.

Senegal is currently ranked 28th on the FIFA Men’s ranking of May 2018. They are Africa’s second best team only behind Tunisia who were ranked 14th on the world chart.

The team had a good outing at the 2017 African Cup of Nations in Gabon. They topped their group which included – Tunisia, Algeria and Zimbabwe. They were, however, kicked out by Cameroon in the quarter-finals. The Indomitable Lions of Cameroon went on to win the trophy beating Egypt.

Senegal are in Group H at the World Cup, they will face Poland on June 19 in Moscow before playing Japan and Colombia. On the pitch, the team will look to draw inspiration from Liverpool star forward Sadio Mane – who has had a good season with his club.

“For the last three years we have been together, this group has been working hard, focusing on continuity and cohesion, but the criteria of competitiveness was part of the selection equation,” Senegal’s coach Aliou Cisse told a news conference to announce his team for the tournament.

Follow our live updates on Africa’s showing at the World Cup below: