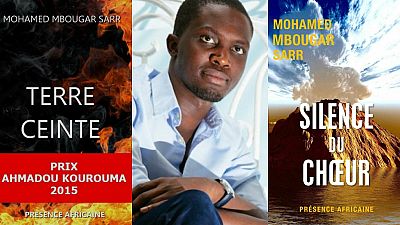 A young Senegalese writer, Mohamed Mbougar Sarr, has been awarded the 2018 World Literature Prize for his work “Silence of the Heart”, published by Présence Africaine.

In this book, the writer born in 1990 sets the scene in a Sicilian village where 72 young people, migrants or refugees, are placed under house arrest. Their arrival disrupts life in the village, and triggers multiplication of interactions between inhabitants. and newcomers.

The International World Literature Prize was awarded to an Icelandic writer Einar Mar Gudmundsson for “The Kings of Iceland”, published by Zulma, which tells a saga of an Icelandic family.

Fixed at 3,000 euros, these two prizes will be awarded Sunday as part of the Etonnants Voyageurs Festival which will be held this weekend in Saint-Malo.

These awards were created in 2014, at the initiative of the festival and the French Development Agency (AFD), a public financial institution, created in 1941 by General de Gaulle and which operates worldwide.