About 120 people kidnapped along road in Nigeria's Kaduna State 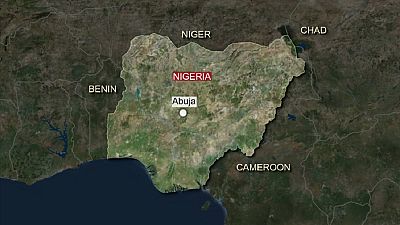 At least 100 people have been kidnapped along a road in northern Nigeria in the past few days, officials, witnesses and relatives of the abducted told Reuters on Tuesday, underscoring the insecurity still afflicting parts of the country.

President Muhammadu Buhari won elections in 2015 partly on promises to bring security to Nigeria but has struggled to fulfil them. He is now seeking a second term in February 2019.

His critics and opponents question his record of tackling the multitude of conflicts that plague Nigeria from Boko Haram and an Islamic State insurgency in the northeast to clashes between farmers and herders in which hundreds have died.

Kidnapping is also rife. In 2014, the abduction of more than 270 schoolgirls from the town of Chibok shot the Boko Haram Islamist insurgency into the spotlight, prompting the global #BringBackOurGirls campaign.

“Over 120 people were kidnapped between Friday and today, Tuesday along the Birnin Gwari-Kaduna road,” said Surajo Usman, of Nigeria’s National Union of Road Transport Workers, who escaped an abduction himself.

Birnin Gwari, in the northern state of Kaduna, is infamous for its lawlessness, and thick forests provide bandits with hideouts from security forces. Earlier this month, at least 45 people died in an attack on a village in the region.

Those bandits have for years frustrated authorities’ attempts to apprehend them. In some cases they have amassed thousands of stolen cattle and fought off security agents sent to deal with them.

Yahaya Hussaini, who works for a civil society group, said his organisation’s motorcade was waylaid.

“On Sunday, in our entourage alone four vehicles were blocked by the kidnappers in military fatigue,” he said, adding that eight of them carried assault rifles.

“They kidnapped about 48 people,” said Hussaini. “Many of those vehicles attacked are still left on the road and the luggage of victims still litters it.”

Ibrahim Aliyu’s daughter was one of those abducted by kidnappers seeking the equivalent of $16,000. “They have contacted me with a 5 million naira ransom demand,” he said. “Where do I get that kind of money that I have never seen in my life?”

Kaduna state’s commissioner of police, Austin Iwar, told Reuters he would have been informed if there had been reports of such attacks, adding that he would investigate.