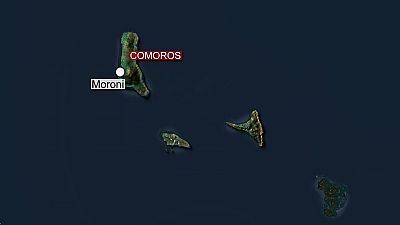 The Indian Ocean state of Comoros will hold a constitutional referendum on July 30 on presidential term limits that could result in the next vote behind held two years ahead of schedule, the government said.

The move could allow President Azali Assoumani, who won the last election in 2016, to run the country for two fresh five year-terms instead of the one five-year term allowed in the constitution. The next vote is scheduled for 2021.

The referendum if passed would do away with a constitution meant to rotate power every five years between the archipelago’s islands.

In a case where the referendum will win the support of the population, the presidential election will be held in 2019, not in 2021.

That system was intended to promote stability and power-sharing in a coup-prone country. Comoros has had more than 20 coups or coup attempts since it declared independence from France in 1975.

“In a case where the referendum will win the support of the population, the presidential election will be held in 2019, not in 2021,” Assoumani said on Sunday during a visit to the island nation of Anjouan.

Under the constitution, the presidency of the Union of Comoros rotates between the three islands of Grande Comore, Anjouan and Moheli every five years. Assoumani hails from Grande Comore.

Although details of the referendum are yet to be released, a recently completed national dialogue recommended that a president could be re-elected. This would open the door for a leader to run the country for two five-year terms.

Assoumani, a former military officer, first seized power in a coup in 1999 and ruled until 2006 after winning the country’s first multi-party poll in 2002. He won re-election in 2016.

The president said that, like anyone else holding public office, he would resign ahead of seeking re-election. He did not say when this would happen.

The president also said that he would bring together legal teams to tackle the scandal over the sale of Comoros citizenship, which a parliamentary investigation said had led to millions of dollars in government revenues going missing.

“The economic citizenship affair is very delicate. The credibility and pride of our country have been damaged .. It must be used as an example because those who run states must always know that they can, at any moment, be held accountable for the way they manage public office.”