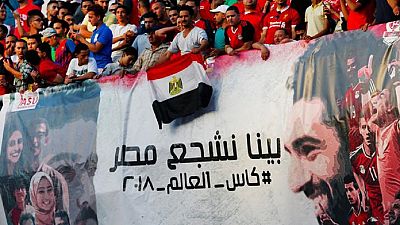 The Egyptian Football Federation (EFA) has agreed to remove images of forward Mohamed Salah that had sparked heated controversy with the “Pharaoh of Liverpool”, announced Sunday its president Hany Abu Rida on Facebook.

Last month, the 25-year-old star footballer fell out with EFA over what his agent described as the exploitation of the player’s image by football authorities, who placed Salah’s image on a plane to fly the national team to Russia for the upcoming World Cup.

The bone of contention was the placement of Salah’s image alongside the logo of the Egyptian mobile operator ‘We’.

Salah's image will be removed from the national team's private plane and we will do the same regarding his image in TV ads and street banners. All his pictures will be removed within a week.

‘We’ is the sponsor of the Pharaons for the 2018 World Cup, but is also a direct competitor of Vodafone, the player’s personal sponsor.

The two parties reached this agreement after “the intervention of political leaders for (the Federation) to give up its rights to the great star of Egypt,” said Abu Rida.

The removal of Salah’s portraits from all road and television advertising was also agreed with Federation partners.

“Salah’s image will be removed from the national team’s private plane and we will do the same regarding his image in TV ads and street banners. All his pictures will be removed within a week,” the statement added.

After weeks of tensions between the federation and the player’s agent, Mohamed Salah broke his silence last week by describing on Twitter the Federation’s attitude as “a great insult”.

But he then announced, a few hours later, that the situation was “in the process of being resolved”, after a telephone call from the President of the Federation the same day.

The image rights problem came a little less than two months before Egypt is set to open their World Cup campaign against Uruguay, when they end a 28-year wait for an appearance at the world’s most prestigious football showpiece.

The Pharaohs’ hopes for advancing beyond Group A, which also includes hosts Russia and Arab Gulf side Saudi Arabia, fall on Salah’s shoulders, who has already scored 33 goals in 57 appearances for his country.