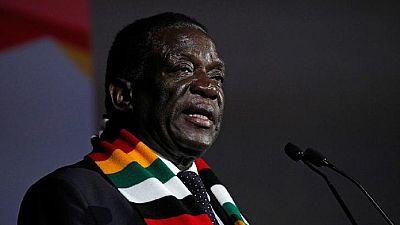 On the eve of Zimbabwe’s 38th independence anniversary, the government has discharged all nurses that were participating in a strike demanding payment of allowances and restructuring of the salary scale.

In a statement issued by the vice president, Constantino Chiwenga, government accused the striking nurses of ignoring the transfer of $17,114,446 transferred to the health ministry’s account to address their grievances.

The statement adds that the refusal of the nurses to return to their work stations despite the government’s demonstration of good faith was interpreted as evidence that the industrial action is politically motivated and not about conditions of service or work welfare.

Accordingly, government has decided, in the interest of patients and saving lives, to discharge all the striking nurses with immediate effect.

‘‘Accordingly, government has decided, in the interest of patients and saving lives, to discharge all the striking nurses with immediate effect.’‘

The statement adds that the Health Services Board has been instructed to use the said funds to engage all unemployed trained nurses in the country and reacll retired nursing staff into the service.

Nurses in Zimbabwe went on strike on Monday to press the government to pay them allowances and to protest a flawed system for grading salaries, a nurses union said.

The strike left public hospitals understaffed and follows a month-long walkout by junior doctors that ended on April 2.

The strike poses a problem for President Emmerson Mnangagwa who wants to revive a sluggish economy ahead of elections set for July in which he faces a revitalized opposition Movement for Democratic Change party led by 40-year-old Nelson Chamisa.

The Zimbabwe Nurses Association (ZNA), which has more than 16,000 members, said government negotiators had on Sunday tried to avert the strike by promising to pay arrears but nurses resolved to go on strike.

“They have been making promises for a long time and the nurses resolved to only go back to work when their money is in their accounts,” Enoch Dongo, the ZNA secretary general said.

The lowest paid nurse in Zimbabwe earns a gross monthly salary of $284 before allowances, according to Dongo.

The nurses want to be paid other allowances they say were promised by the government in 2010 but never honoured. A majority of nurses were placed in lower grades making it harder for them to receive higher pay, he said.

Zimbabwe spends more than 90 percent of its annual budget on salaries and Mnangagwa’s government is seeking to curb the wage bill by a freeze on new hiring and cuts to the workforce. 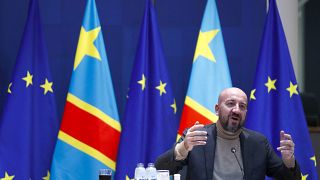