Top Ethiopian supermarket to shut down over bottlenecks, forex squeeze 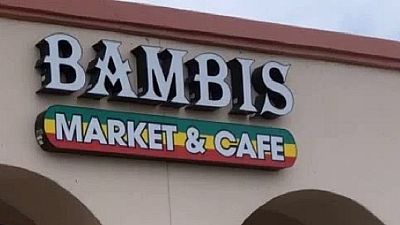 An Ethiopian supermarket reputed for serving expatriate and diplomatic community in the capital Addis Ababa is closing down its operations after close to seven decades.

Ethiopia’s The Reporter newspaper quotes owner of Bambi’s supermarket as saying foreign exchange squeeze coupled with administrative bottlenecks were to blame for his decision.

According to Charalambos Tsimas, a Greek national who owns the supermarket, he has been waiting since March last year to get access to foreign currency for the importation of food stuffs which he provides mostly to his customers.

Ethiopia was not like this before. Ethiopia has been a queen of Africa but that doesn’t seem to be the case anymore.

“We serve diplomatic communities and I can’t say I don’t have rice or table salt. It’s humiliating,” he is quoted to have said. He further bemoaned what he said was unnecessarily high testing fees for some of his imports.

“Ethiopia was not like this before. Ethiopia has been a queen of Africa but that doesn’t seem to be the case anymore,” he stressed. The newspaper, however, notes that the business is not a stranger to controversy.

It has in the past been mired in tax disagreements with federal authorities, which incident led the owner to be hospitalized in 2012.

According to a new directive, importers are obliged to request for foreign currency from the NBE based on the international prices of their imports.

The central bank’s chief economist and its vice governor Yohanes Ayalew, confirmed that the directive had been circulated to commercial banks and was already being enforced.