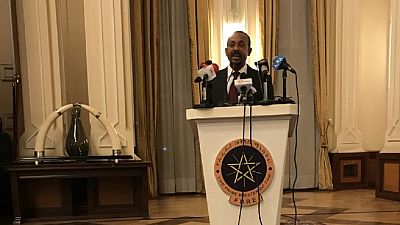 Ethiopian Prime Minister Abiy Ahmed on Thursday evening met with opposition leaders in the country with a promise to implement radical reforms as promised by the ruling coalition.

The 41-year-old who is barely two weeks into his role thanked the opposition for pushing for a democratic Ethiopia but also challenged them to reset their modus operandi to engage government more on policy.

The Addis Fortune portal said the event which took place at the Jubilee Palace in the capital Addis Ababa was well attended by the opposition leaders, members of civil society and religious leaders.

No one has a monopoly of truth and conviction. They should be judged at the market place of ideas.

Prime Minister Abiy pledged to broaden the political space for electoral and competitive politics and offered an olive branch to opposition groups for a peaceful dialogue and negotiations, the Addis Fortune said.

“Ethiopia is in contradiction of democracy between the legacy of Geda and contemporary confrontations that often get violent and bloody. No one has a monopoly of truth and conviction. They should be judged at the market place of ideas,” Abiy is quoted to have said.

He is said to have offered an olive branch to the opposition groups as part of efforts for peaceful dialogue and negotiations. At the end of his address, the PM got a standing ovation from his guests.

Abiy has hit the ground running since he took over the leadership of the Ethiopian People’s Revolutionary Democratic Front (EPRDF). He has since assuming office, visited two troubled regions with peace messages and is due to visit the Tigray region later today.

He inherited a six-month state of emergency but has yet to publicly speak about that measure, there is a push by activists and human rights groups for the martial law to be lifted. It was imposed on February 16, a day after Abiy’s predecessor, Hailemariam Desalegn resigned.