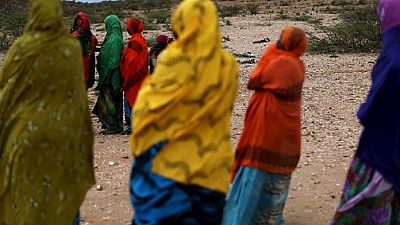 Rapists in Somaliland face up to 20 years in jail after the break-away conservative Islamic region passed its first law against rape in a drive to combat gender violence, a senior official said on Monday.

The bill, which passed parliament’s upper house on Saturday, also criminalises other forms of gender violence such as forced marriage, trafficking for sexual slavery and sexual harassment.

Ayan Mahamoud, Somaliland’s representative in Britain, said the draft law had been awaiting parliamentary approval for years, and that President Musa Bihi Abdi’s government, which was elected in November, saw curbing sex crimes as a priority.

For the first time potential rapists will be scared that they will be punished and end up in jail for years.

“This really is a historic law for Somaliland. For the first time potential rapists will be scared that they will be punished and end up in jail for years,” Mahamoud told the Thomson Reuters Foundation by phone from London.

“It also means that survivors can get at last seek redress and have access to justice, instead of being forced to marry their rapists to save the so-called family honor.”

The bill was passed by the lower house in January.

Mahamoud said it was expected to be signed into law by Abdi in the coming weeks.

Until now rape was not defined as a crime in Somaliland, a self-declared republic in the Horn of Africa.

That meant perpetrators faced no penalty. Victims’ families were instead paid off or the victim was forced to marry her rapist to avoid public shame.

Women’s groups said they were encouraged that parliament’s more conservative upper house, known as the House of Elders, had approved the bill with 35 out of 50 votes in favor.

“This bill provides both procedural provisions to support managing sexual offences and substantive provisions on the punishments of the offences,” said a statement from Nagaad, a network of 46 women’s organizations in Somaliland.

However they stressed that the government would need to ensure people knew about the law, and that adequate resources be provided to ensure law enforcement agencies and the judiciary implemented and enforced it.

Somaliland, which has a population of about four million, declared independence from Somalia in 1991 following a bloody civil war, but is not internationally recognized as a country.

Somalia does not have legislation against sexual violence.