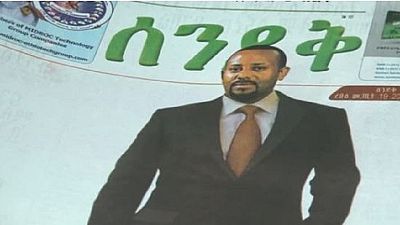 Ethiopia’s Prime Minister-elect will be sworn into office on Monday April 2, 2018, a statement from the ruling coalition, the Ethiopian People’s Revolutionary Democratic Front (EPRDF) said.

This is contrary to earlier reports that the swearing in of Abiy Ahmed, 41, had been scheduled for coming Saturday, March 31.

“The House of People’s Representatives will hold an extraordinary session on April 2, to swear in Dr. Abiy Ahmed,” a statement by the EPRDF said without offering an explanations.

The coalition’s Council voted Abiy earlier this week to replace Hailemariam Desalegn who resigned his post as Prime Minister in mid-February. Desalegn said his decision was to allow announced reforms to be pursued.

He was leader of EPRDF’s Oromo bloc, the Oromo People’s Democratic Organization (OPDO). He is a retired lieutenant colonel and has previously served as Minister of Science and Technology.

Incidentally, the region he hails from has been at the heart of violent anti-government protests since 2015 till 2018. Activists and rights groups have already started presenting series of demands in the area of security and opening of the country’s political space.