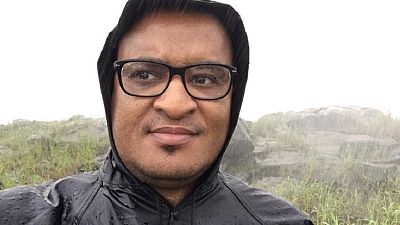 Assailants on Tuesday kidnapped and assaulted a prominent Mozambican journalist and human rights activist who has been critical of President Filipe Nyusi and his government.

Ericino de Salema was snatched in the center of the capital Maputo, beaten and left unconscious on the capital’s ring road, state news agency AIM reported.

Salema is now being treated in hospital, AIM said.

“He was abducted by two men and we are currently investigating the incident in order to find who did this,” police spokesman Orlando Mudumane told reporters.

Salema, a veteran journalist and lawyer, criticised alleged corruption and largesse among Nyusi and his family in his regular appearances on independent television station STV.

Nyusi denies allegations his family have benefited unduly from state funds and has pledged to crackdown on corruption that has blighted Mozambique in the past.

In May 2016, another political commentator, Jose Jaime Macuane was also kidnapped and later found on the same Maputo ring road, having been shot in both legs.

No one has faced charges for this abduction and shooting and very few people in Maputo believe in the police’s capability to resolve such crimes.

Mozambican police say they are investigating the kidnapping of prominent activist and journalist, Ercinio de Salema. I have heard this SAME discourse at least 10 times in the past 2 years – and none of the investigations produced results. See here: https://t.co/WgxmOVTHTv