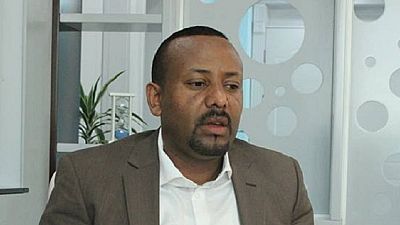 Ethiopia’s is set to swear-in a new Prime Minister – leader of government business.

The ruling 180-member Executive Committee of the ruling coalition, the Ethiopia Peoples Revolutionary Democratic Front (EPRDF) on Tuesday elected a new leader in the person of Dr. Abiy Ahmed.

The Oromo Peoples Democratic Organization (OPDO) elevated him to leader of the party precisely to allow him to be eligible for the Prime Minister post. He swapped places with Lemma Megerssa, the then OPDO chief. Lemma, however, kept his position as Oromia regional State president.

Of Abiy’s credentials, he has served in the military, has gone on peacekeeping mission, he is a one-time minister of state and is reputed as a political reformist.

Here are some top facts about the man thrust into a tough job of steadying Ethiopia’s choppy political waters.

Dr. Ahmed, 42, has served in the National Defense Force up to the rank of Lieutenant Colonel. He was instrumental in establishing the Ethiopian Information Network Security Agency (INSA). He is also a one time minister of Science & Technology.#Ethiopia

An Oromo activist, Mohammed Ademo shares some more insights on the next Prime Minister.

Incoming PM Abiy Ahmed secured 108 of the 175 votes, more than needed, and a “clear winner” per addisstandard. The current Deputy PM, Demeke Mekonnen, kept his job. Clearly, the new leader doesn't have the unanimous support of all EPRDF Council members. Something to watch.

That said Dr. Abiy's rivals did not even come close. The runner-up, SEPDM chairman, Shiferaw Shigute, received 59 votes and TPLF's Debretsion Gebremichael got ONLY two votes, per addis_fortune. It appears Demeke Mekonnen wasn't even nominated. Or he got the remaining 7 votes.

Abiy's election is significant for many reasons. 1) It's the only thing that could save EPRDF from dissolving. 2) He's the only one remotely palatable in Oromia, epicenter of anti-government protests since 2014. 3) His sudden rise and election is a direct result of #Oromoprotests

Abiy was elected VP of Oromia state in October 2016 along with Lemma Megersa at the height of #OromoProtests. Their sudden ascent was meant to ease tensions. The dynamic duo promised change, appealed for calm and vowed to reform their party and fight for equitable representation.