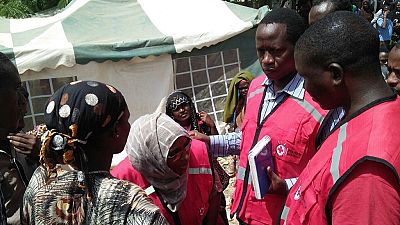 About 5,000 Ethiopians have crossed into Kenya seeking refuge since March 10, the Kenyan Red Cross Society said, after several civilians were killed in what the Ethiopian military said was a botched security operation targeting militants.

Ethiopian state media reported on Sunday that soldiers had been deployed to an area near the town of Moyale in Oromia, a region that borders Kenya, in pursuit of Oromo Liberation Front fighters who had crossed into the country from Kenya.

But faulty intelligence led soldiers to launch an attack that killed nine civilians and injured 12 others, the Ethiopian News Agency said.

In a statement on Tuesday, the Kenyan Red Cross Society said“the population of refugees from Ethiopia continues to increase” and was now estimated at 5,000.

Refugees from Ethiopia had begun to arrive in Kenya on March 10, it said, adding that they were mostly women and children, including“pregnant and lactating mothers, chronically ill persons, those abled differently and the elderly”.

Some of those fleeing had moved with their livestock, compounding pressure on struggling relief agencies, the Red Cross said.

The Oromo Liberation Front is a secessionist group which the Ethiopian government describes as terrorist.

Outbreaks of violence have continued in Oromia province even after Ethiopia declared a six-month, nationwide state of emergency last month following the resignation of Prime Minister Hailemariam Desalegn.

A state official in the Oromia region told Reuters on condition of anonymity that tens of thousands of people have also been internally displaced.

Ethiopia has said that five soldiers who took part in the attack near Moyale have been“disarmed” and are under investigation, while a high-level military delegation has been dispatched to the area to inquire further into the incident.

The town’s mayor was not immediately available to comment.

Desalegn said his unprecedented Feb. 15 resignation was intended to smooth the way for reforms, following years of violent unrest that threatened the ruling EPRDF coalition’s hold on Africa’s second most populous nation.

His successor as premier and EPRDF chairperson is expected to be named before the end of this month.