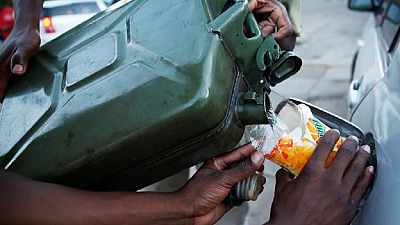 Activists in Ethiopia are continuing their resistance to the current state of emergency with a fresh boycott call – the latest is a week long action (dubbed fuel blockade) and is meant to cut off petroleum supply to much of the country.

It kicked off on Monday March 13, 2018 with activists and Qeerroo – Oromia youth, stating that it was well executed with no instances of violence on the first day.

But local media portal the Ethiopian Reporter said under the supervision of security forces enforcing the emergency rule, petroleum exporters were undertaking their tasks without hindrance as at Tuesday March 14 – day two of the action.

The campaign to cut off the regime's oil supply in response to the ongoing mass killing and illegal state of emergency has kicked off very well.

The idea is principally to ensure that Ethiopia’s fuel supply tankers remain parked in the capital Addis Ababa and those in neighbouring Djibouti do not also transport their products.

The Reporter stressed that authorities said there was enough fuel to serve the country and that there was no need for people to panic – be they drivers or members of the general public. If the action had taken its full toll, transportation services would have been gravely affected across the country.

An international security outfit, EOS Risk cautioned about the blockade and its implications: “Local media has reported that opposition activists from the Oromia region have launched a week-long fuel blockade across the country. Ethiopia imports fuel through ports in Sudan and Djibouti, suggesting that towns in these border regions will be the worst affected.

“Anticipate heightened security and possible widespread disruptions to fuel supplies for the duration of the strike. Leave any area immediately where unrest begins to escalate.”

“The campaign to cut off the regime’s oil supply in response to the ongoing mass killing and illegal state of emergency has kicked off very well,” a United States-based activist Jawar Mohammed noted after day one.

Meanwhile pictures shared on Facebook showed fuel tankers parked in parts of the country whiles fuel stations in Addis Ababa are said to have run out of petroleum products.

In their first round of resistance against the February 16 state of emergency imposed by government, activists called for and successfully executed a three-day social shutdown (March 5 – 7, 2018) in the Oromia region – the country’s largest.

Government said the emergency rule was to curb spreading violence across the country. Imposed by the Council of Ministers, lawmakers two weeks later ratified the measure in a vote that was shrouded in controversy of vote rigging.