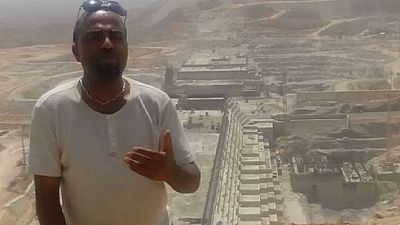 The crackdown on dissent in Ethiopia under the state of emergency has intensified in the Oromiya region with several arrests made on Thursday morning.

Some of the notable personalities who have been arrested include a university lecturer and blogger, Seyoum Teshome, who is a vocal critic of the government.

DW Amharic confirmed Teshome’s arrest saying he was picked up from his home by security forces at 9am local time.

#Ethiopia- DWAmharic confirmed blogger & univ. lecturer #SeyoumTeshome has been taken by security forces from his house in Woliso at 9AM local time today. This will be the 2nd time he is targeted by security forces during a #StateOfEmergency. He has been tortured during the 1st. https://t.co/839bfE5rHg

Teshome was previously targeted in the state of emergency that was imposed last year. In a recent blogpost on a think tank he runs, Teshome urges those resisting the regime to take up self defence strategies.

His arrest had been reported by an online activist, Jawar Mohammed who was recently blocked by Facebook over hyperactivity. Jawar has been updating his followers on Twitter about ongoing arrests in the region, indicating that the military has detained some senior police officers from Oromiya region.

The government has been struggling to impose the state of emergency in several parts of the country, with the defence minister admitting that a number of security forces have been attacked and their weapons confiscated.

East Walaga Zone Police Commande Chala Tesemma has been arrested by the command post. Previously mayor of Nekemte and deputy administrator of the zone have been arrested. The TPLF leaders are obviously aiming to dismantle OPDO's structure and OPDO leaders signed their own demise

BREAKING: Deputy Commissioner of Oromia Police in charge of the riot squad ( adma betagn) has been arrested by military in Harar and taken to Eastern Command military camp.