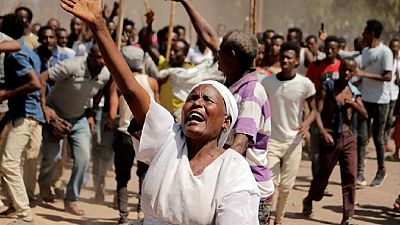 Ethiopia’s Attorney General Getachew Ambaye yesterday shed more light on the implementation of the state of emergency that was recently ratified by the country’s parliament.

The state of emergency that was declared by the council of ministers on February 16, following the resignation of premier Desalegn Hailemaraim has been criticised by Ethiopia’s allies and resisted by citizens, especially in the restive Oromiya region.

Despite continuing protests against it, Ambaye announced directive number one for the implementation of the state of emergency.

According to him, the directive has two parts that deal with prohibited actions across the nation and areas that are to be specified by the Command Post.

Acts prohibited across the country

Acts prohibited in some areas of the nation

Duty to inform and notify

Measures to be taken

Use of force by law enforcement